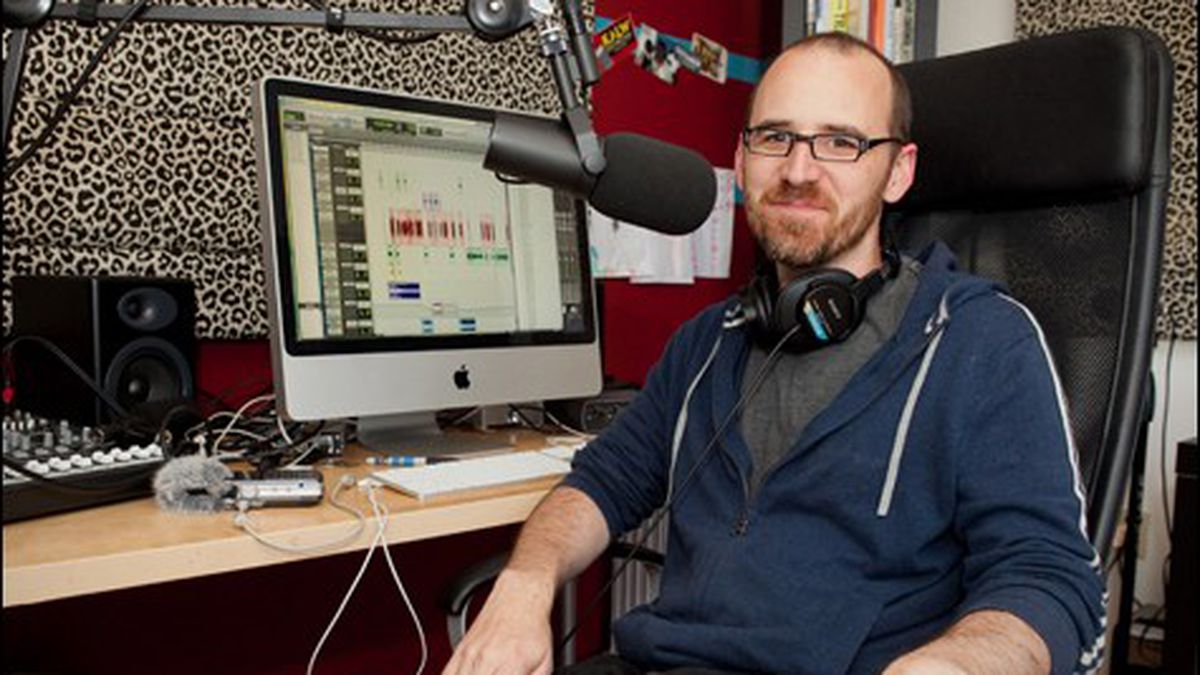 Roman Mars' radio show and podcast is changing the way we look at design — and maybe the nature of public radio.

When people think of design, they usually conjure images of prominent, beautiful objects, like a sleek modern building or a stylish piece of furniture. But there’s another world of design, one we rarely notice, that quietly orchestrates our lives — the paths we walk, our moods, our interactions.

That secret world is the terrain of 99% Invisible, a four-and-a-half-minute-long KALW radio show and podcast that local producer Roman Mars creates at night from his home in the East Bay, and has become something of a national hit. In its sixty-plus episodes, the show has uncovered the hidden world of design, revealing such stories as the murderous history of dentures, the faults and virtues of the cul de sac, and the free-jazz of deteriorating escalators.

First conceived as an “architecture minute” to plug into KALW’s Morning Edition broadcast, the show has become enormously popular: Its podcast was downloaded 680,000 times in the month of July and has garnered more positive reviews on iTunes than national NPR shows. And a recent Kickstarter campaign hauled in more than $170,000, drawing the attention of the public radio industry.

Not bad for a show with a staff of two and a modest recording setup that, until recently, was located in Mars’ bedroom.

While it has humble origins, 99% Invisible is as meticulously crafted as the buildings and objects that it documents. “I wanted radio about design to be beautifully designed for radio, which I hadn’t heard exactly,” Mars said. Each episode is densely layered with music, in addition to sounds like the turning pages of a book or the soft click of a vise grip.

Mars, who studied plant population genetics before getting into radio, has an unassuming, conversational style that’s somewhere between Ira Glass and a late-night DJ. The result is an atmospheric burst of facts, with a tone and a pace that’s perfect for listening to on headphones.

The design of the show is no accident. As a Ph.D student working in a lab, Mars often listened to public radio. Though he decided research wasn’t for him, his love of radio grew to the point that, after bouncing around various jobs, he decided he’d make a go at it as a career.

In 2001, Mars eventually talked KALW’s manager at the time into an unpaid internship, and taught himself the basics of radio. He hosted a local show about ‘zines and independent press called Invisible Ink. “[It] was sort of my version of This American Life, with a bit more punk.”

Invisible Ink led to a job at WBEZ in Chicago, running its Third Coast International Audio Festival, a sort of Sundance for radio. After three years in Chicago, he and his family returned to the Bay Area, where he continued to work as a freelance producer, mostly behind the scenes.

Then Matt Martin, general manager of KALW, who was a colleague of Mars’ during the early days at the station, had a meeting with the San Francisco chapter of the American Institute of Architects, and they discussed partnering on a short show. Martin, knowing Mars had developed a knack for launching new shows, contacted him to see what he thought of the idea. Mars liked it so much, that he decided he wanted to host it himself. Martin more or less let him run with the concept.

“I thought it was super cool,” Mars recalled of the idea. “I knew how I could do the stories, I knew how I could get people’s attention, and I just lobbied for it to be more than a minute. And so I got four and a half minutes.”

It quickly became a KALW favorite, Martin said, drawing a big listener response and even out-of-state pledges. When Allison Arieff, who writes about architecture and design for The New York Times, heard the first episode on her car radio, she was struck by an acoustic designer explaining that if a room in a library is completely quiet, he’ll add noise because it’s actually too quiet. She’s since appeared on an episode about the design of the T2 terminal at San Francisco International Airport.

“He’s creating such compelling narratives about even the most banal things,” Arieff said of Mars. “It introduces people to things they probably didn’t even know existed. Like the very idea that you would have to make sound at a library, I think is phenomenally amazing.”

In one listener-favorite episode, Mars tells the story of the Plimsoll line, a simple circle with a line through it, painted on the hulls of cargo ships near the water to show if they’ve been overloaded. Before use of the symbol began in the 19th century, owners would intentionally overload older boats, claiming insurance money if they sank and killing hundreds in the process. It’s a moving example of a high-stakes problem, boiled down to an effective, beautiful solution.

With each episode, Mars, who has no design background, has drawn a growing audience, on the lookout themselves for these hidden artifacts.

After being featured on Radiolab, 99% Invisible skyrocketed in popularity, and now ranks in the top five podcasts in the design and arts categories on iTunes. 99% Invisible now has more than 1,800 five-star ratings on iTunes, which is more than nationally broadcast shows like NPR’s Fresh Air and Planet Money.

But Mars was stretched thin between the show and other contracts. Because fans were so into the podcast, he started cutting two versions of each episode: a longer one for the podcast and a shorter one for KALW. And the podcasting service became more expensive as downloads increased.

Mars and his intern, Sam Greenspan, decided that if they were going to continue, they needed to raise money. So they started a Kickstarter campaign, seeking $42,000 to secure a salary for Greenspan, hire more contributors, and free up time to seek sponsors.

The project was funded in 24 hours. It caught the attention of Debbie Millman, brand consultant, design writer, and host of her own show, Design Matters. She launched the Design Matters Institute, which pledged to give 99% Invisible a grant of $10,000 if its Kickstarter campaign hit 5,000 donors (it recently closed with 5,661).

After Millman’s challenge, Mars told fans in an update, “If we do this, I guarantee that independent public media will never be the same.” He now hopes to send a message to the industry.

Despite its popularity online, the show is seen as something of a square peg to radio stations, particularly because of its length, and only a handful air it, said Jake Shapiro, executive director of Public Radio Exchange, a nonprofit Internet marketplace for radio content that distributes 99% Invisible. Because stations that launch shows have limited funds and tend to be cautious with programming, avenues for new ideas are few and difficult, especially for independent producers using unusual formats. But Shapiro said that’s changing as new funding sources and platforms develop, and 99% Invisible is sending a message that shows like it can be successful.

Mars will still need to build a model to support the show beyond Kickstarter, but with interest at an all-time high, he’s optimistic he can find stable funding. When asked why he thinks people connect with 99% Invisible, Mars said one reason is that when they see design work, it makes them more optimistic. “When you see people solving problems and putting a lot of thought into things, it makes you feel that other problems can be solved.”

And that’s more than he ever imagined he could do with a tiny radio show about design.

Editor’s Note: The original caption in this story incorrectly stated that Roman Mars raised $170,000 in 24 hours; he actually raised $42,000 in one day. This version has been corrected.

Most Tireless Fund-Raiser: Sweating for a good cause