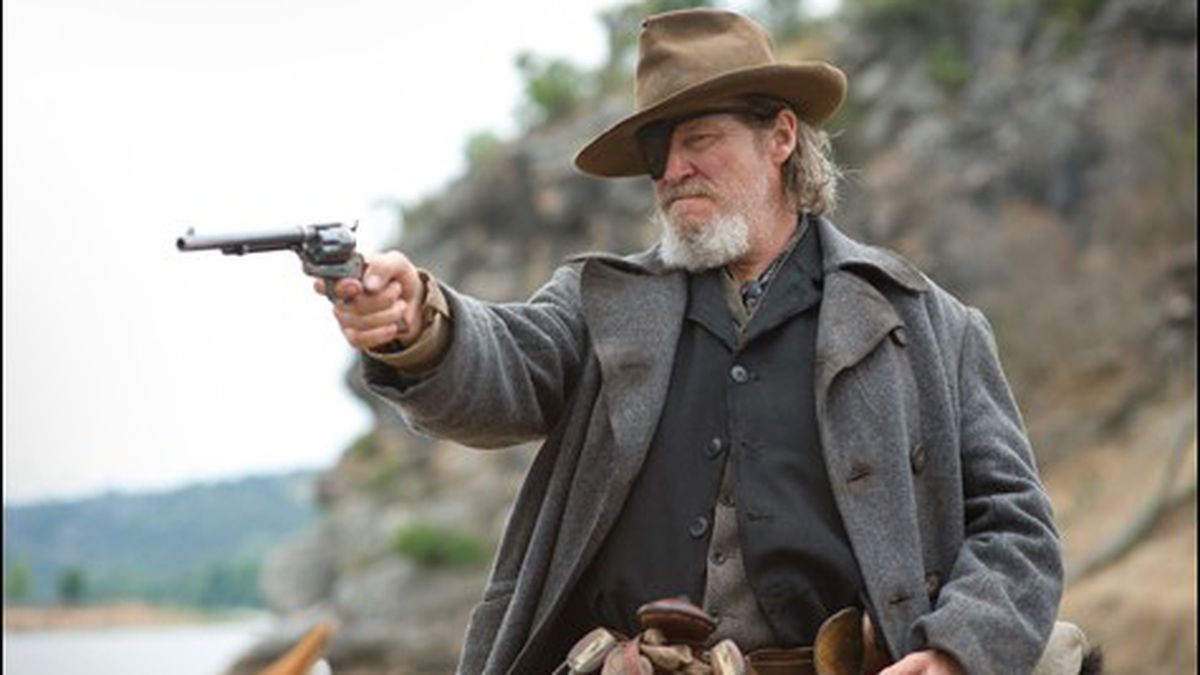 The Dude, Not the Duke: True Grit and Casino Jack

The bad guys in one use guns; in the other, they use senators and congresspersons.

Intense sequences of western violence.” Those are the words we love to hear. It means that another contemporary filmmaker is trying his — or in the case of Ethan and Joel Coen, makers of True Grit, their — hand at reviving the western.

That hard-to-kill, ostensibly outdated genre, periodically revived by everyone from James Mangold (3:10 to Yuma) to Tommy Lee Jones (The Three Burials of Melquiades Estrada) to Andrew Dominik (The Assassination of Jesse James by the Coward Robert Ford), evidently sits in a sweet spot with the Coen Bros. Their last stab at it was 2007’s No Country for Old Men, with its Texas borderland narcotraficante milieu and monolithic hit man. Compared to that, True Grit is a cozy buggy ride down memory lane. But in the West imagined by Charles Portis‘ 1969 novel and the Coens, even an exercise in nostalgia comes equipped with sudden death and the cold irony that always attends stories from the era of America’s Manifest Destiny.

Other than for nostalgia’s sake, there’s little reason to compare and contrast the Coens’ True Grit to the 1969 John Wayne–Henry Hathaway oater of the same name. The new film is a grand excuse to put Jeff Bridges on a horse one more time and let him cuss in the wake of his inspired role-playing in Crazy Heart. With Wayne the situation was a little different.

Back then, the Duke was a legend in the twilight of his career. The then-62-year-old’s turn as Reuben “Rooster” Cogburn, the cantankerous, drunken US Marshal who helps young Mattie Ross track down her father’s murderer on the frontier, has the feel of a Hollywood valedictory. (Granted, Wayne made eleven more films before dying in 1979 at the age of 72, including a 1975 sequel called Rooster Cogburn.) Bridges, even though he turned 61 earlier this month, seems far younger by comparison. We’d like to think he has at least as many years to go before he hangs up his spurs.

Chief among the Coens’ improvements on the franchise is thirteen-year-old Hailee Steinfeld in the part of Mattie, who rides into Fort Smith, Arkansas, to hire a posse of revenge. Ms. Steinfeld, who has worked on TV, brings a gorgeous combo of proto-feminist spunk and her own grit to Mattie’s part as the teller of the tale. Her voiceover narration adds weighty authenticity to the slender yarn, and her clipped, utterly confident vocal delivery tells us everything we need to know about who wears the britches on this expedition. Mattie’s negotiation with the slippery Col. Stonehill (actor Dakin Matthews in a brilliant short scene) over her father’s estate is one the film’s numerous highlights.

A large part of the fun in watching Rooster, Mattie, their Texas Ranger trail buddy LaBoeuf (Matt Damon), head bad guy Tom Chaney (Josh Brolin), Lucky Ned Pepper (Barry Pepper), and the rest of the brushpoppers and bushwhackers they meet across the river in the Choctaw Nation — shot on location in Texas and New Mexico — comes from the beautifully descriptive yet archaic English they speak. Here’s a sample exchange: Mattie: “He has abandoned me to a congress of louts.” Lucky Ned: “You do not varnish your opinion.” The actors speak these lines with an elocutionary staginess that runs against the grain of screen acting as it has been practiced since the mid-1930s. It’s the polar opposite of naturalistic. Elizabeth Marvel, as the forty-year-old Mattie, particularly revels in the language.

We love the flowery 19th-century turn of phrase as much as anyone, but at about the halfway point we begin to wonder if, instead of declaring, for instance, “I reckon we’ll meet again in the sweet bye-and-bye, my dove,” a person who’s just been shot would be better off just simply saying: “Oh shit, I got hit.” Our American language is a living organism, and this is a specimen of it from more than 130 years ago. We should relax and enjoy it for its showmanship and let Rooster do the complaining, as when he accuses LaBoeuf of “spilling the banks of English.”

The inhabitants of Yell County, Arkansas, in the 1870s are also intensely religious and make constant, matter-of-fact references to the Almighty. You’ll get used to it. The old Protestant hymn “Leaning on the Everlasting Arm” — beloved by fans of Robert Mitchum in The Night of the Hunter — makes several appearances, notably in Iris DeMent‘s twinkling version over the end credits.

Bridges looks comfortable falling out of his saddle and ventilating varmints. He’s in that hang-loose groove left over from Michael Cimino’s Thunderbolt and Lightfoot or, more to the point, Walter Hill’s Wild Bill, where he played rootin’ tootin’ Wild Bill Hickok as another Wild West substance abuser. Not exactly on the same plane as The Dude, but in the same solar system. The Coen Bros. should seriously consider making westerns every other time out instead of every third time, and using Jeff Bridges in one or two.

Who wants to see another movie about sleazy rightwing DC dealmakers, especially busted ones? Casino Jack arrives in theaters this week as the second film this year about the career of mega-lobbyist and convicted grafter Jack Abramoff, who ripped off Native American casino operators and ordinary taxpayers with equal ease during the reign of George W. Bush. The first, a documentary called Casino Jack and the United States of Money, made us sick like every other Outrage Doc — the waste, the hypocrisy, the cheek, etc. The new one, directed by George Hickenlooper, who died in October, merely echoes the original nausea.

Jon Lovitz, as Abramoff pal Adam Kidan, is the best excuse for watching this. Barry Pepper, winner of this week’s Double Trouble award, plays Abramoff acolyte Michael Scanlon. Best line of dialogue by screenwriter Norman Snider: “You fellas on the right used to have ideas, but now that communism is gone, all you can think about is money.” Instead of two stars, give it three Maalox bottles.

The Old Perv Sticks Around