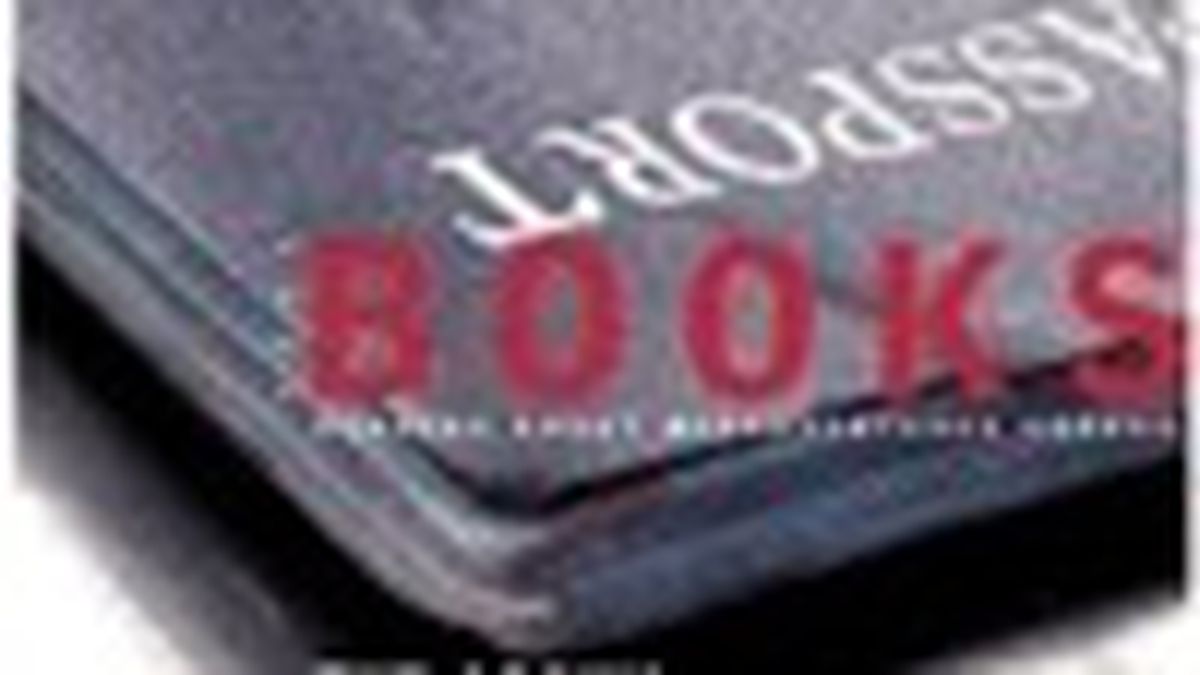 The Agony and the Odyssey

Leaving home can ruin all your plans.

Sometimes you need to get away from it all, and Vegas and Disneyland just aren’t far enough away. That’s when you reach for your passport and your travelers’ checks and head for some distant paradise. Nothing compares to the giddy thrill of trekking through uncharted jungle or lying on a tropical beach.

But once you step beyond these borders, you’re suddenly vulnerable — to terrorists, to pickpockets, to illness. But the risk of any of that happening to you is so small, you tell yourself. Because really, what could go wrong?

In Coswell’s Guide to Tambralinga, a debut novel from Healdsburg writer Scott Landers, an American husband and wife travel to the fictional Southeast Asian country of Tambralinga for a second honeymoon. Plodding but amiable computer programmer Conrad would rather just stay in his nice cozy San Francisco home, but he hopes this trip will fix his troubled relationship with free-spirited Lucy. But she has other plans: She secretly hopes the trip will finally drive away a husband who bores her. As Lucy loses herself in local culture, Conrad entertains himself by daydreaming about a famous local brothel he saw mentioned in Lucy’s guidebook. Finally, while she is out hiking, he makes a break for it. His adventure doesn’t pan out quite as expected (he imagines the brothel as a trendy gentlemen’s club, complete with complimentary cigars and brandy) when he gets lost in the Tambralingan capital, a surreal maze of temples, bars, and tourist bungalows.

Coswell’s Guide is a darkly comic spoof on novels of self-discovery, and the Western conviction that a dose of the mysterious East is a panacea for all spiritual woes. In reality, the exotic Tambralinga of old, described so vividly in Lucy’s guidebook, is rapidly giving way to an Americanized tourist economy. The Tambralingan government wages war on the old ways, turning centuries-old pagodas and pyramids into tourist traps to entice pasty foreigners with their fat foreign bellies, their fat foreign wallets, and their insatiable appetite for overpriced postcards, underpriced sex, and tropical drinks.

The novel is permeated with the strange weightless feeling of being lost in a faraway country where everyone chatters in an unfamiliar tongue and seems to be in on some private joke. It’s a good thing that the groggy ambience goes so far toward making this an interesting read, since there’s no real plot. Conrad hops randomly from one resort to another, never staying long before restlessness drives him onward. Landers captures both the appeal and the revulsion of these tourist lures — islands of opulence amid acres of squalor and fever swamps — but eventually the reader can’t help wishing for more action than atmosphere.

In terms of excitement, Conrad’s fictional misadventures hardly compare to those of James Riley, captain of the ship Commerce, which sailed out of Connecticut in May 1815. In Skeletons on the Zahara, Dean King recounts the true story of the world’s unluckiest crew: The men of the Commerce were shipwrecked off the African coast, seized by desert nomads, sold into slavery, and marched into the heart of the Sahara. It starts off slowly — the opening chapters detailing the preparations for a lengthy sea voyage and the day-to-day minutiae of running a ship are tedious at best — but the story picks up quickly once misfortunes start to pile up. This page-turning account of survival in the desert doesn’t shy away from grisly graphic details of the crew’s ordeal, as they’re forced to drink urine and eat locusts to stay alive in the scorching empty landscape.

Enslaved, Riley convinces his new owner, an Arab merchant named Sidi Hamet, to escort his crew to Morocco, where he says high-ranking friends at the British consulate will gladly pay his ransom. A suspicious Hamet agrees to transport the lost sailors but threatens to kill Riley if the promised reward is just a bluff. Which it is.

In contrast to nebbishy Conrad, our hero this time is a staunchly square-jawed American sailor, a take-charge sort of guy dedicated to crew and country. Riley, unburdened by doubts, might inspire loyalty and admiration from his men, but he hardly makes for a very interesting character. In contrast, Hamet is the more complex of the two. We learn he is just an ordinary merchant, plagued by financial troubles and bullied by his father-in-law, desperate to make a profit on this venture to support his family. King resists the impulse to turn Hamet into a villainous Arab caricature, dwelling instead on Hamet’s emerging friendship with his prisoner, drawing out his inner conflicts and making him into the book’s most nuanced figure.

On the other hand, the new Granta collection Over There doesn’t seem to know what it wants to be. It purports to be a collection of articles and essays about Americans abroad, but delivers the opposite: foreigners recounting their experiences here. While Americans overseas gape at the weight and history of the old world, visitors to our shores find little to admire. The book’s European contributors frown at America’s small-town naïveté and big-city arrogance, and struggle to contain their amusement at red-blooded American institutions such as football riots, clambakes, and corn-shucking. James Buchan paints a sympathetic portrait of a small Rockwellian Iowa town in “This is Centerville,” but still allows himself a few chuckles over this burg with “a strip mall and a high school band and a Pancake Day in the fall.” Anthony Suau’s photo essay “On the Home Front” shows random ordinary Americans reacting to the war in Iraq — waving signs during protests, holding candles at vigils, staring transfixed at glowing television screens — while Luc Sante’s “God’s Country” recounts the tangled history of sect and cult in America.

The titular section stays closest to the book’s alleged theme, with brief travel notes from twenty American writers — from Studs Terkel to Fast Food Nation author Eric Schlosser — describing how it feels to go abroad in modern times. These intelligentsia harbor mixed feelings about America, simultaneously embarrassed by its ignorance and violence and blustering, and stirred by its ideals, its good intentions, and its eternal optimism. Their America exports democracy and hope, but also Hollywood and McDonald’s, and it’s dedicated to molding the world in its own image: from the deserts of Riley’s Africa to the jungles of Conrad’s Tambralinga.

“We find the rest of the world terrifying,” writes A.M. Homes in this section. “We fear Europe — the judging parent we escaped — and we have taken a vow to liberate (i.e. make like us) any other country we can get our hands on.”

Because, for good or ill, that’s what America does best.