Some argue that the current strategy for a community choice energy system fails to adequately prioritize local energy generation — and the well-paying jobs that come with it. 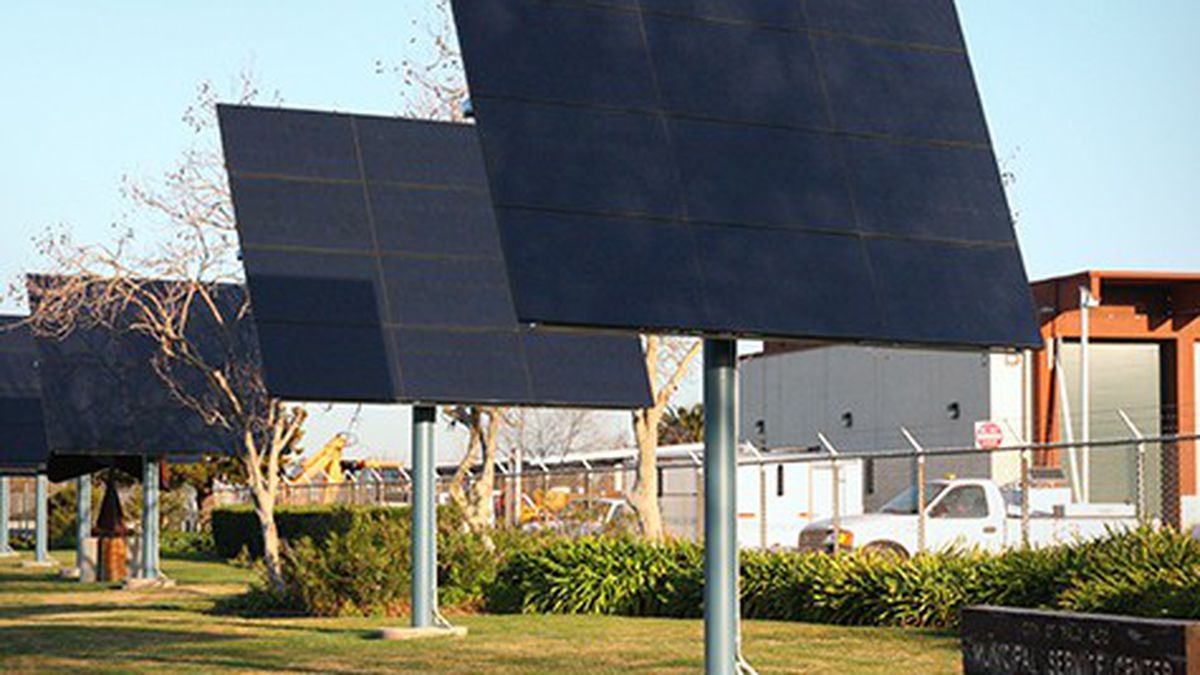 Alameda County is on the brink of creating its own electricity system, which will provide greener energy at lower prices than PG&E. But some community and environmental activists argue that the current strategy for a community choice energy system, or CCE, fails to adequately prioritize local energy generation — and the well-paying jobs that come with it. They also say there’s not a plan for sufficient public input.

The good news is that the county recently released a feasibility study that confirmed it will be able to offer electricity produced with reduced greenhouse-gas emissions. Utility bills will also be less than with PG&E. The board of supervisors is expected to vote on the CCE in early summer.

But at a meeting earlier this month, critics of the plan objected to the assumption that only 10 percent of the county’s electricity between now and 2030 will come from local clean-energy projects. They think a lot more clean energy should be produced locally.

The study also found that a CCE would create an average of 1,720 jobs a year in Alameda County. But it predicted that fewer than 350 of these would come from the actual generation of local clean energy. Critics said even more good jobs could be created here with more local energy production.

Berkeley Mayor Tom Bates addressed this at the meeting. He said he wants to see a policy statement promising that buying renewable energy from sources outside the region will be a short-run measure. For instance, Sonoma County official CCE policy is to buy energy on the market only until it can obtain enough clean energy from local sources, he noted.

Al Weinrub is director of the nonprofit Local Clean Energy Alliance. He told the Express that, if the county produces its own clean energy instead of piping it in, it could keep prices more stable. He says the firm that conducted the county’s feasibility study, MRW, made assumptions about the energy markets between now and 2030.

Weinrub called justifying a program based on the volatile energy market “ridiculous.”

He said he would like to see the county’s plan include a framework that would help local communities launch clean-energy-generation projects, which would also keep money in the county.

And Oakland City Councilmember Dan Kalb insisted that the regional CCE joint-powers agreement include definite plans for community representation, though not necessarily voting board members. For example, the East Bay Clean Power Alliance, a coalition of community and environmental groups, calls for five non-voting members representing different interests, such as labor, social justice, and small businesses. Others agreed that they want more people and groups part of the decision-making process.

County senior planner Bruce Jensen said the draft plan follows a standard model, with a decision-making board consisting of elected officials. He added that the board could create a community advisory committee later on.

Supervisor Scott Haggerty, who chaired the meeting, warned that the initial plan shouldn’t be bogged down with policy and rules. “We have to be careful how we load up the Christmas tree,” he said.

His chief of staff, Shawn Wilson, later confirmed that Haggerty wants to implement the CCE first, then later add most of the public’s ideas. “We’ll get to a place where they’re included,” he explained. “Our long-term goal is to create as much energy locally as we possibly can.”

But some were doubtful that enough energy will ever be generated in Alameda County — unless there’s a commitment to local energy generation from the beginning.

“Of course [prioritizing local energy] is possible,” said Barbara Stebbins with the EBCPA. “The question is, where is the political will?”

She said reassurances that local energy projects and community representation will happen later is just another example of how ideas gets sidetracked. “If you don’t plan for local energy development now, you’re not going to get it later,” Stebbins argued.