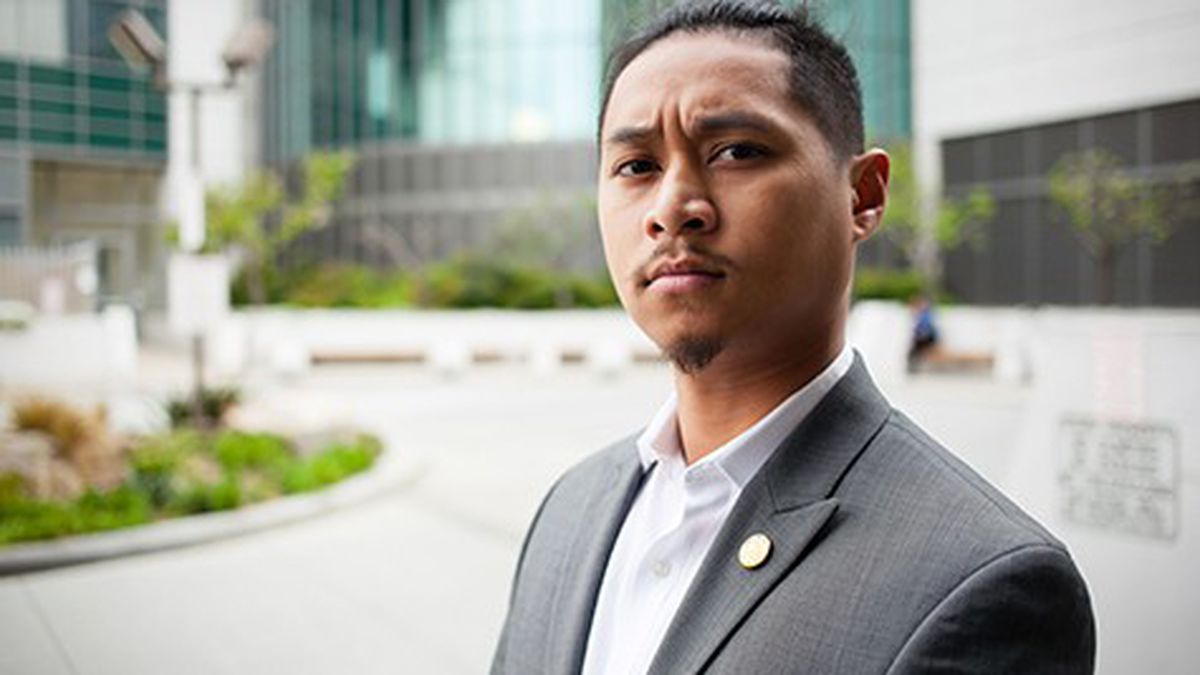 A fight is brewing over a proposal to establish a powerful police oversight body in Oakland.

A coalition of grassroots political groups, labor unions, churches, and current and former city officials is pushing for a November ballot measure that they say would finally allow Oakland to get rid of bad cops. The Coalition for Police Accountability wants to create a citizen-run police commission that would have complete access to all police records, the power to hire and fire the police chief, and the authority to discipline and terminate officers.

“Public trust will grow for city government if this is approved,” said Sokhom Mao, a coalition member.

But creating a police commission also would represent a tectonic shift in how Oakland city government operates. And because the proposal requires an amendment to the city’s charter, it would have to be approved by voters. The ballot measure is expected to face stiff opposition from the Oakland police union and by elected officials who have close ties to the union.

Rashidah Grinage, another member of the Coalition for Police Accountability, said she hopes that the city council will hold hearings on the proposed ballot initiative in the weeks ahead and place it on the November ballot so that Oakland voters can decide on the plan. But last month, the coalition also filed the measure with the city clerk’s office in order to begin a parallel process of gathering signatures to place it on the ballot regardless of whether the council takes action.

“We published a notice of intent, and will start to collect signatures as a backup” in case the city council decides to gut the measure or not put it on the ballot, said Grinage.

Under the current system, both the Oakland Police Department’s Internal Affairs Division and the city’s independent Citizens Police Review Board investigate complaints made by members of the public against police officers, but the ultimate decision to discipline a cop rests solely in the hands of the city administrator. And cops who disagree with the city administrator’s decisions can force the city into arbitration — a process in which the officers frequently prevail, winning back their jobs, reversing suspensions, and nullifying other forms of punishment.

“It’s been thirteen years and thirty million bucks,” said Pamela Drake, a member of the coalition, referring to the time and money that Oakland taxpayers have spent on federal court-mandated oversight of the police department. In 2003, the city settled a lawsuit brought by Oakland residents who alleged that OPD officers were systemically violating people’s civil rights, and that the department lacked the controls to discipline bad cops. The settlement was meant to reform OPD, but the department has struggled to fulfill its requirements. And many fear that when OPD does finally exit federal oversight, it will revert back to its old ways.

“OPD has made some progress,” said Drake. “But we don’t see anything else happening when the [court] monitor leaves to ensure that these reforms become permanent.” This is why Drake and others want to establish a police commission.

Mao, who served on the Citizens Police Review Board (CPRB) from 2012 to 2015, said that a police commission would better ensure that cops who break the rules face real consequences. “The biggest change would be that the ultimate authority to decide whether or not to take disciplinary action in cases of alleged police misconduct would rest with the commission,” said Mao.

According to Mao, the existing CPRB has been hamstrung for years due to lack of funding, and the fact that it does not have the authority to enforce its decisions. “When I came on the CPRB board, we only had one manager, one policy analyst, and three full-time investigators and a part-time administrative assistant,” said Mao. The coalition’s ballot measure would require the city council to fund the commission adequately in order to maintain a minimum staff of at least one investigator for every one hundred police officers, in addition to an executive director and a staff attorney.

The charter amendment would effectively disband the CPRB and replace it with the new commission of seven members appointed by a standing “selection panel” that would itself be appointed by each of the city councilmembers and the mayor. The commission would be in charge of investigating all complaints made against police officers, except those made by other police officers and reported to the internal affairs division within OPD. Police Chief Sean Whent would be required to enforce the commission’s decisions because the commission would have the power to fire the chief — even if the mayor objected.

Ending arbitration for disciplinary matters also would address one of Oakland’s biggest obstacles against reforming its police department. An independent investigation conducted by attorney Edward Swanson for federal Judge Thelton Henderson last year characterized Oakland’s arbitration process as “a broken and inadequate system that has evaded the public’s scrutiny for too long.”

But the Oakland police union is expected to strongly oppose any ballot measure proposal that takes away an officer’s right to arbitration. If approved by voters, the ballot measure would prohibit the city from entering into a contract with the police union that contains an arbitration provision for officer discipline — once the current pact between the union and the city expires on June 30, 2019. Coalition members say they wouldn’t be surprised if the police union sues over the issue on the grounds that the ballot measure allegedly infringes on union bargaining rights in violation of federal law.

Sergeant Barry Donelan, president of the Oakland Police Officers’ Association (OPOA), did not respond to an email and phone call requesting comment.

Over the years, OPOA has been a significant force in Oakland city politics, making large political contributions and independently spending substantial amounts of money to campaign for and against city councilmembers and other elected officials. As a union, OPOA’s mission is to ensure that its members, sworn Oakland police officers, have a say in their workplace conditions.

Gallo said his constituents are demanding more accountability from the police force. Last year, Gallo helped secure a budget increase for the CPRB against opposition from other members of the council and the police union.

“When you look at Chicago or New York City or San Francisco, it’s not a perfect vehicle,” Gallo said about the police commissions of other cities. “But we’re here at the mercy of the taxpayer, and if they want a full commission to monitor the police, I have to honor that request.”

Councilmember Dan Kalb also supports the police commission ballot measure and wrote in an email that he is working to tweak the measure’s language in hopes that the council will place it on the ballot.

But some other councilmembers do not appear to back the measure. Drake said that in meetings with the coalition, Councilmember Annie Campbell Washington has not expressed support for the ballot measure. “The only time we ever met with [Campbell Washington], she brought in Barry Donelan along with her to meet with us,” said Drake. “She got a lot of support from OPOA during the election.”

Guillen wrote in an email that he is “currently working with fellow councilmembers to develop legislation on this subject” and that they “expect to present a proposal in the next few weeks.” Guillen did not clarify how his proposal might differ from the proposed police commission ballot measure, but several sources said Guillen and Campbell Washington are likely teaming up to draft an alternative that is friendly to the police union.

“I’m disappointed in Guillen,” said Drake. “We met with him twice on our proposal, and he said we were taking away the council’s political power and putting it in the hands of this commission,” said Drake. “But the whole point is that police accountability shouldn’t be dependent on who is in office, it should be a system that is independent from the politics.”