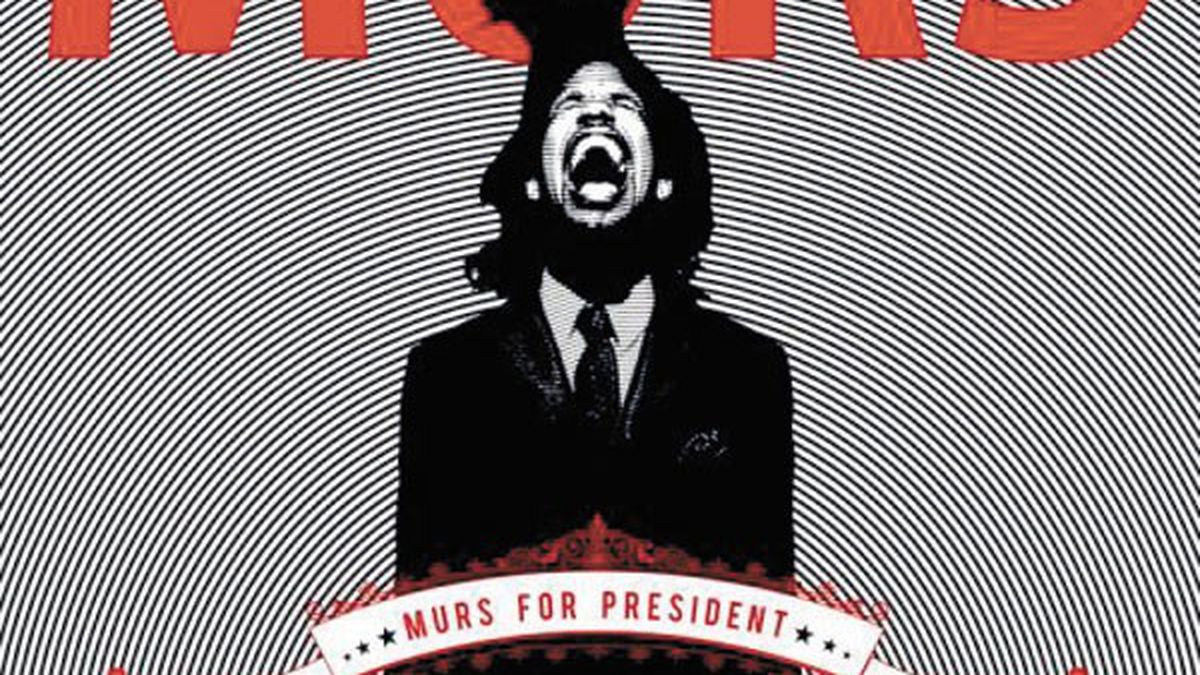 Released a year behind schedule but at a timely moment nonetheless, Murs for President retains the qualities of backpacker hip-hop, despite its new Warner Bros. patina. It is, by turns, nerdy, self-flagellating, irreverent, bitingly funny, and easily the rapper’s best to date. Murs has long been known for direct provocations — his last album featured the race traitor ballad “Dark Skinned White Girls” — and this time he goes farther afield, venturing from rehashed conspiracy theories to large-scale critiques of moral corrosion in hip-hop. Quality-wise, the emcee’s production lags behind his lyrics, but he compensates with thematic unity. For a major label debut, it’s surprisingly concept-driven.

Murs has always brought irony to the foreground of his music, and obviousness is the goal this time. His new gambit is to poach canonical R&B hits (from Anthony Hamilton, the Isley Brothers, and the Jackson 5), and chop them in a way that subverts the singers’ original sentiment. Thus, the album’s single “Break Up,” based on a popular broken-heart ballad by Hamilton, is cheekily subtitled “the OJ Song.” It’s an interesting idea, if a little too reliant on the Motown catalog. Ultimately, Murs for President succeeds not on production values but on Murs’ talent as a lyricist. His most sophisticated track, “The Science,” is a kind of PhD thesis on Gary Webb’s theory about the CIA bringing drugs into black communities by way of Los Angeles. He then goes on to discuss drug laws, poverty, welfare, and the history of hip-hop. The beat is wack, but the scope of Murs’ lyrics is daunting.

Throughout the album Murs revels in sardonic wit that never quite devolves into camp. He has an uncanny knack for repurposing old setups, and giving them a fascinating new twist in a way that’s self-reflective, rather than self-congratulatory. Murs for President shows how the emcee managed to infiltrate mainstream radio but preserve his intellect. For that reason alone, it’s one of the year’s most important hip-hop albums. (Warner Bros.)

Facebook
Twitter
Linkedin
Previous articleYour Daily Lick: Chiara Angelicola
Next articleProp. 8: No, It was the Catholics and Mormons