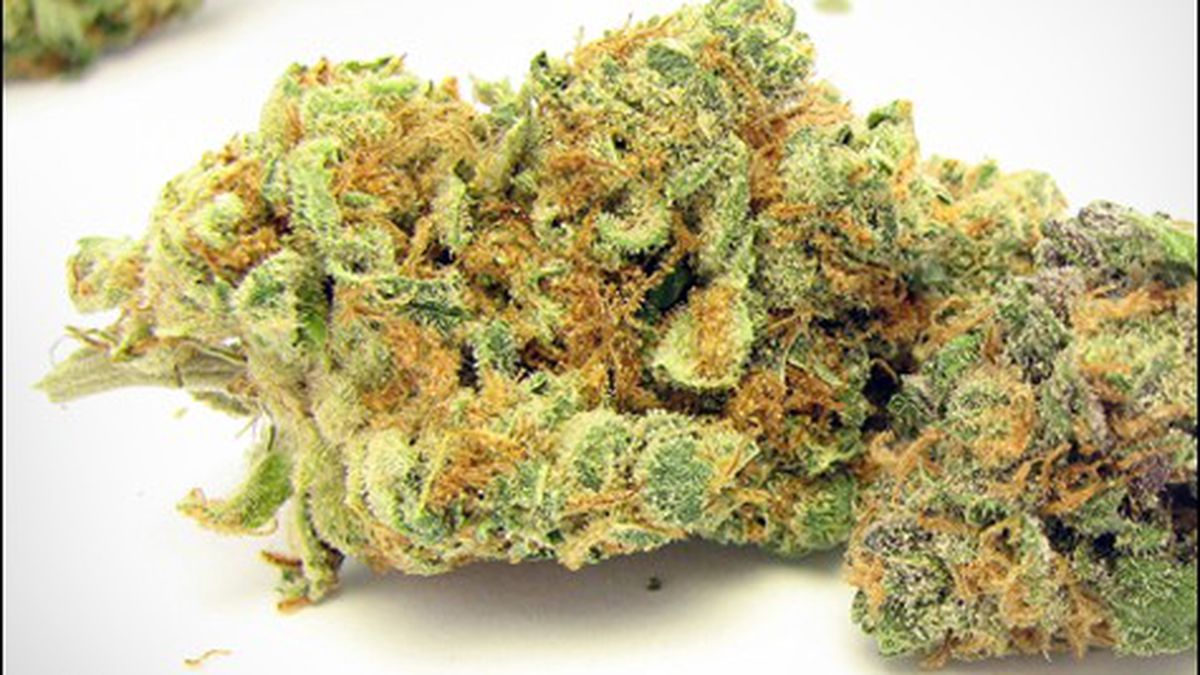 Richmond's GDP Collective is barren of décor but packs the best strains in the region, while Seven Stars hides in plain sight in a small mall.

Medical cannabis patients in the Bay Area now have four licensed dispensary options in Richmond, thanks to the reopening of the award-winning Seven Stars Holistic Healing Center this month and the Grand Daddy Purple Collective in August. The City of Richmond previously licensed the dispensaries Green Remedy Collective and Holistic Healing Collective. The clubs represent a big win for the growing ranks of East Bay patients who don’t want to drive to Berkeley or Oakland. And as sales taxes flow to Richmond’s coffers, the new businesses offer yet another model for California officials struggling to allow safe access to medical cannabis in their own towns.

Seven Stars shined bright in Richmond during the city’s dispensary boom of 2008-09. But after winning a High Times Medical Cannabis Cup for its indica “Pure Kush,” Seven Stars’ prospects dimmed when the city banished the dispensary, along with all other clubs, in 2010.

Seven Stars relocated to El Sobrante, but Richmond and its club operators kept talking, and in December, the hardscrabble, liberal city of 100,000 agreed to award three business permits to qualified dispensaries. In March, the city council upped the allowable number of permits to six, and Green Remedy came back first on Hilltop Mall Road, followed by GDP in August, and then Seven Stars.

The enforcement climate has changed since Seven Stars began the process of seeking a permit, however. A yearlong federal crackdown has besieged industry leaders. Winning a coveted permit to join a regional weed oligopoly suddenly seems less awesome. Our visit to Seven Stars indicated that the club isn’t returning with much fanfare.

The small shop re-opened around September 12 in its original location just off I-80 after it splits with I-580. In the mezzanine of the Pacific East Mall, only a vague “Seven Stars” sign pointed us upstairs to where an older security guard sat in front of two big, blank commercial loading doors. The code to be let in is: “New patient.”

Seven Stars checks the validity of every California ID and doctor’s recommendation presented. The club’s owners underwent city background checks, and paid $19,000 in non-refundable fees to pass the initial application phase. Then the council, the police, and planning departments vetted the dispensary’s operational, security, and product safety plans for almost a year.

The process seems to have worked. Seven Stars is very clean and professional. No one is allowed to vaporize or smoke inside or anywhere near the mall. The flowers are tested by Steep Hill, and Seven Stars has some premium OG Kush and Blue Dream.

None of Seven Stars’ award-winning Pure Kush could be spotted, but indica Purple Kush was available. We were less enthused about the Jack Herr offshoot “J-1,” which smelled like a mislabeled OG. And the Headbanger smelled off, like it had a fertilizer or nutrient issue.

The club lacked all but two concentrates, because it was the first week back in business and the product was still being tested. The Chocolope Wax concentrate had passed screening and looked superb.

Unlike most dispensaries, Seven Stars’ menu is not posted online due to the legal climate, club officials said. We hope that changes. Online menus are a huge convenience, and this secret mall club has earned the right to be on the map.

Over on Hilltop Mall Road, things are sunnier. GDP Collective sits in the same strip of office space as Green Remedy Collective. As long as you have a valid state ID and doctor’s recommendation for cannabis, sign-up is a breeze.

GDP Collective consists of a big, empty sales floor with little on the walls, save a small whiteboard at the front of the line. The tiny menu written in dry-erase marker doesn’t do GDP justice. The club’s offerings are deep, weird, and cool — full of bold spin-offs of Bay Area staples OG Kush, Grand Daddy Purple, and Trainwreck.

Colorful activist and GDP operator Ken Estes appears to be a hit breeder who knows what people want, and all of his award-winning strains are here. First-time patients — as well as those who return to the newly re-opened location — get a free gram of award-winning “Bay ’11” or “GDP” with purchase. That’s bomb.

Bay ’11 is a mix of OG Kush and Green Crack, a somewhat apt name for a strong, uplifting sativa with orange hairs and lime-green leaves that smell like citrus and test at 18 percent THC. Estes’ award-winning, grape-smelling Grand Daddy Purple (or GDP) also lives up to its fame, and we were stoked to see crosses like top-shelf “GDP Firefly.”

GDP’s prices also spun us around. Before taxes, Bay ’11 cost $41 per eighth, compared to $55 for top-shelf eighths at other clubs, and the Cup-winner isn’t even their top-shelf. Unfortunately, GDP doesn’t post its menu online, either.

Still, kudos to the clubs and Richmond for getting regulations finalized and permitted clubs open. It’s an achievement that still eludes such cultural backwaters as Los Angeles and Palo Alto.

Correction: The original version of this story misstated the number of medical cannabis dispensaries with permits in Richmond. There are four — not three.

In Defense of Andy Warhol