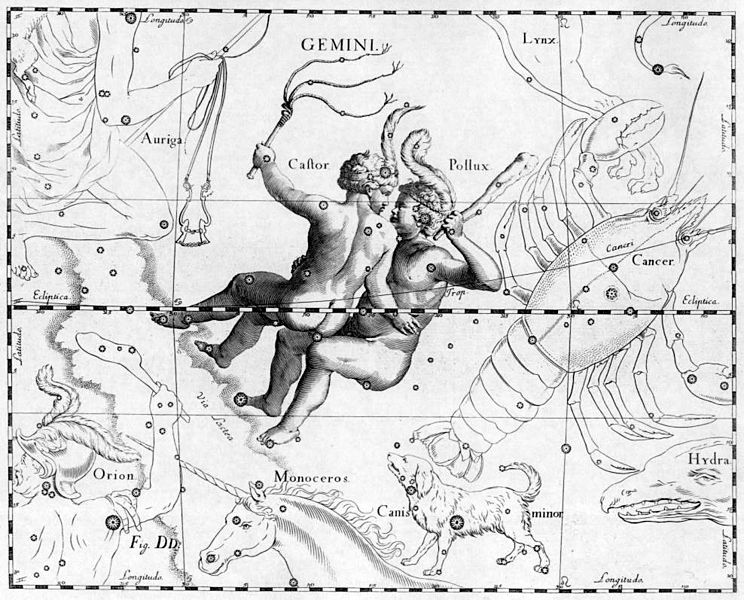 ARIES (March 21-April 19): Aries playwright Tennessee Williams was honest about the trickery he engaged in as he composed his entertaining masterpieces. “I don’t want realism,” he exclaimed. “I want magic! Yes, yes, magic! I try to give that to people.” I fully support you, Aries, if you would like to make that your goal in the next three weeks. In my astrological opinion, you and the people in your life have more than a mild need for magic. Your ability to thrive depends on you all getting big doses of magic.

TAURUS (April 20-May 20): On my wall is a poster that says, “Avoid the Tragic Magic Triad: taking things too personally, taking things too seriously and taking things too literally.” This advice doesn’t refer to important matters, like my health or my ongoing fight against our culture’s bigotry. I take those issues very personally, seriously and literally. Rather the motto refers to trivial and transitory issues, like the new dent made in my car by a hit-and-run driver in the Whole Foods parking lot or the bad review of my book on Amazon.com or the $18 that a certain Etsy seller cheated me out of or the joke about the size of my nose that some supposed friend made on Twitter. According to my reading of astrological omens, Taurus, you would benefit right now from meditating on things like these that you take too seriously, personally and literally. Here’s Don Miguel Ruiz: “There is a huge amount of freedom that comes to you when you take nothing personally.”

CANCER (June 21-July 22): On June 23, 1940, Wilma Rudolph was born prematurely to a family that already had 19 other children. During her childhood, she suffered from pneumonia, scarlet fever, polio and infant paralysis. The latter two diseases damaged her left leg, and she wore a brace until she was 12 years old. Nevertheless, by the time she was in high school, she had become a very good athlete. Eventually she competed in the Olympics, where she won four medals and earned the title “the fastest woman in history.” I propose that we name her your official role model for the rest of 2021. May she inspire you to overcome and transcend your own personal adversity.

LEO (July 23-Aug. 22): Leo-born P. L. Travers wrote the children’s books about Mary Poppins, a nanny with magical powers. She was thoroughly familiar with folklore, ancient myths and the occult. The character of Mary Poppins, Travers said, was a version of the Mother Goddess. But in her writing process, she drew inspiration mainly from what she thought of as the vast dark nothingness. She wrote, “I’ve become convinced that the great treasure to possess is the unknown.” To generate her tales, she listened to silence and emptiness. I recommend you emulate her approach as you create the next chapter of your life story.

VIRGO (Aug. 23-Sept. 22): Virgo poet Melissa Broder writes, “Romantic obsession is my first language. I live in a world of fantasies, infatuations and love poems.” I wouldn’t normally authorize you to share her perspective, but I will now. The astrological omens suggest you have something important to learn from being more enamored and adoring than usual. If you say YES to the deluge of yearning, you’ll gain access to a type of power that will prove very useful to you in the coming months.

LIBRA (Sept. 23-Oct. 22): Libran author Oscar Wilde disproved the misconception that Libras are wishy-washy, overly eager to compromise and inclined to overthink everything. His writing had wit and flair, and his life was vivid and daring. He wrote, “There are moments when one has to choose between living one’s own life, fully, entirely, completely—or dragging out some false, shallow, degrading existence that the world in its hypocrisy demands.” I suspect that one of those pivotal moments will soon be coming up for you. Be Wilde-like!

SCORPIO (Oct. 23-Nov. 21): Philosopher Simone Weil wrote, “Only the light that falls continually from the sky gives a tree the energy to push powerful roots into the earth. The tree is actually rooted in the sky.” As you bolster your foundations in the coming months, as you deepen your roots, I hope you keep Weil’s brilliant observation in mind. Like a tree, the nourishment that will help you grow the stamina and strength and structure you need will come as you turn to the brightest, warmest, highest sources of inspiration.

SAGITTARIUS (Nov. 22-Dec. 21): To be in groovy alignment with cosmic rhythms, you won’t merely walk, and you certainly won’t trudge. Rather you will saunter and ramble and promenade. You will strut and rove and prowl. Likewise, you won’t just talk, and you certainly won’t mutter or grumble. Instead you will banter, rhapsodize, improvise, beguile and lyricize. Catch my drift? You won’t simply laugh, but will chortle, cackle and guffaw. In other words, Sagittarius, you are authorized to imbue everything you do with style, panache and imagination.

CAPRICORN (Dec. 22-Jan. 19): Congratulations on being such a duty-bound, no-nonsense adult. May you continue to ply your dogged persistence and beast-of-burden attitude as long as it gets important tasks done, helps you feel useful and doesn’t make you sick. But if you do get tempted to depart from the sacrificial path anytime soon, please know that you will not offend any gods or demons. Nor will you incur a karmic debt. In fact, I believe you have cosmic clearance to dabble with lightheartedness for a while. You should feel free to experiment with fun and games that appeal to your sense of wonder.

AQUARIUS (Jan. 20-Feb. 18): “I can barely conceive of a type of beauty in which there is no melancholy,” wrote poet Charles Baudelaire. What?! That makes no sense. I’m aware of millions of beautiful things that aren’t tinctured with melancholy. California’s Mount Shasta in the late spring twilight, for example. New York City’s Guggenheim Museum, a gorgeous gleaming building designed by genius architect Frank Lloyd Wright. The Marmore waterfalls in central Italy. The gardens of painter Claude Monet in Normandy, France. David Byrne’s gloriously hopeful website, ReasonsToBeCheerful.world. I mention this, Aquarius, because I expect life to bring you a flood of non-melancholic beauty in the coming days. Take advantage of this grace to replenish your trust in life.

PISCES (Feb. 19-March 20): Piscean author César Aira praises the value of escaping one’s memories. He writes, “Forgetting is like a great alchemy free of secrets, transforming everything to the present.” I’d love to see you enjoy alchemy like that in the coming weeks, dear Pisces. It’s a favorable time to lose at least some of the inhibitions and limitations you think you have to accept because of what happened in the past. As Aira says, forgetting “makes our lives into a visible and tangible thing we hold in our hands, with no folds left hidden in the past.”