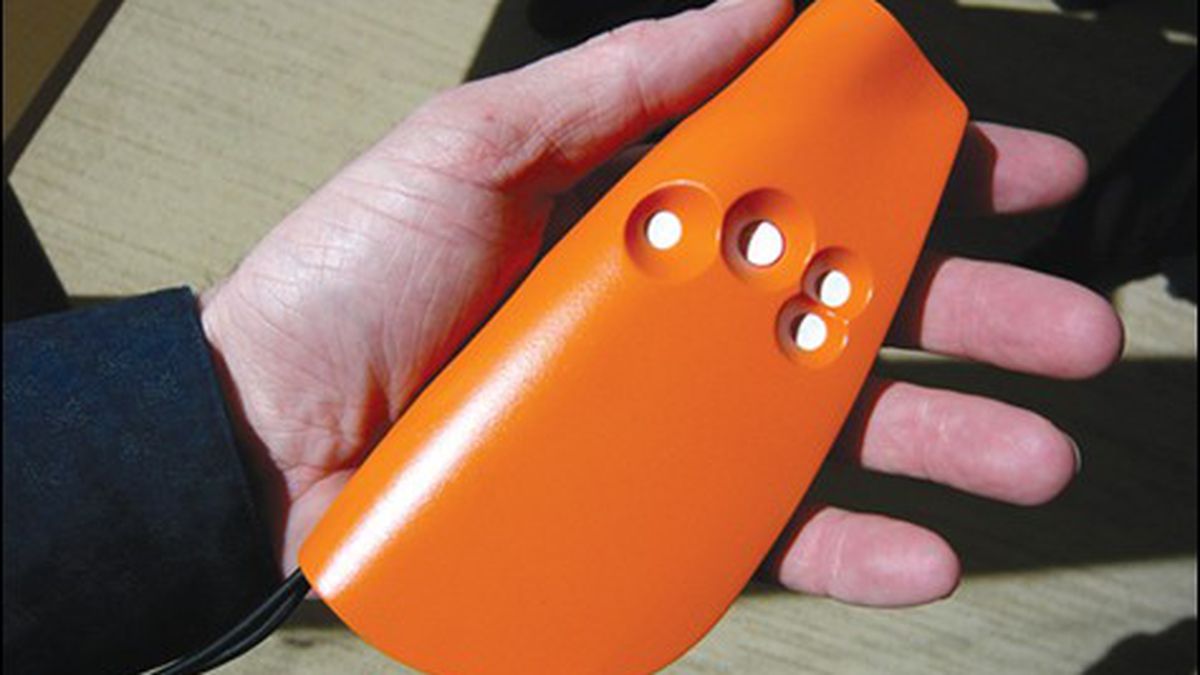 Oakland Port Commissioner Margaret Gordon has teamed up with Intel Labs to measure air quality in West Oakland with a high-tech phone.

The air in West Oakland contains pollutants that make people sick. Children in the neighborhood, sandwiched between the port, several major highways, and a rail yard, are hospitalized with asthma at a rate seven times higher than the average Californian, according to the Pacific Institute, a nonprofit research group in Oakland.

“One of the primary conditions of this neighborhood is the black-gray film on everything in West Oakland,” said Margaret Gordon, co-director of the West Oakland Environmental Indicators Project, a non-profit group of community activists. “It’s on the [window] sills, in your car, in your clothes.”

Now, with the help of a cellphone that “breathes,” researchers at Intel Labs in Berkeley have teamed up with the West Oakland Environmental Indicators Project to measure particulate matter and other industrial pollutants in the air, block by block, in real time. So far, researchers have developed a prototype about the size of a walkie talkie that measures five common industrial pollutants. It also has a built-in GPS that immediately transfers data back to the Intel lab for analyzing, according to Allison Woodruff, a researcher in the lab. “Our hope is that the community will be able to collect data to show things about their environment that they didn’t know before, and that [legislators] didn’t know before,” Woodruff said.

Brian Beveridge, also co-director for the West Oakland Environmental Indicators Project, hopes the ability to easily measure air quality drives developers toward social consciousness. “Imagine if you could look at a Google map on your phone and decide whether to rent an apartment or not, buy a condo, go to this or that day care,” he said. “This kind of information can help guide the permitting of facilities — can help guide where we put things in Oakland. … If the public begins to say, ‘We don’t want to live where the air’s bad, and I can see right here the air’s bad,’ the market will drive it.”

Gordon and Beveridge’s group has already deployed Intel’s prototype in West Oakland. Back in February, they collected one hundred hours of data. Beveridge said he hopes to eventually compile data over the course a year to see whether there are seasonal or block-by-block variations. Gordon wants to compare spikes in pollution with hospitalization rates to prove the toll industrial pollutants take on human health.

Already, the group has uncovered surprising information. The Bay Area Air Quality Management District monitors the air in West Oakland from a single tower. Woodruff said that while the station is high-end and collects valuable data, it’s also high up in the air. By measuring the air on the ground, the prototype could be a valuable complement. “At ground level, particulate matter levels might be higher; there might be more dust on the ground,” Woodruff said. “Another expectation is there might be greater variation. At a busy intersection or closer to the port, you might see higher levels.”

Intel and the West Oakland Environmental Indicators Project make good partners. Intel aims to design user-friendly software to promote “citizen science” and the West Oakland Environmental Indicators Project, established in 2005, works closely with community members to clean up the air. “I’ve had asthma all my life, but I had more attacks when I moved to West Oakland,” Gordon, 63, explained. “I’ve been here eighteen years. A lot of people have died of cancer or been very sick.“

Several of Gordon’s eleven grandchildren also suffer respiratory problems. One of them, now nine, was hospitalized at birth with severe asthma. That’s not surprising, considering that 82 percent of West Oakland kids live within an eighth of a mile of an industrial site.

Gordon is a former maid who was nominated to the Oakland Port Commission in 2007 by Mayor Ron Dellums and confirmed by the city council. She has become a powerful force for change in West Oakland. She and her group were instrumental in altering the route diesel trucks take through the neighborhood, steering them away from homes, day-cares, and schools.

In 2003, Gordon and Beveridge helped shut down the Red Star Yeast plant near the West Oakland BART station. The plant was a noxious polluter reviled by locals. “I smelled it in the neighborhood; I smelled it as I went past,” Beveridge recalled. “You could sometimes even smell it all the way downtown.”

In 2007, Gordon was inducted into the Alameda County Women’s Hall of Fame, and, last month, she won the Purpose Prize, a prestigious award from the San Francisco-based nonprofit Civic Ventures. The award, which comes with a $100,000 prize, is given to social advocates over the age of sixty.

But Gordon isn’t planning to retire anytime soon. After taxes, Gordon plans to use the prize money to go to college. She wants to take classes in public health, political science, and administration. “There’s still more work to be done,” she said. “We still haven’t eradicated asthma or lung cancer in West Oakland.”

Perhaps Gordon’s biggest achievement is mobilizing the community. Thanks to so-called toxic tours she organized, residents in West Oakland are more aware of the polluters in their neighborhood. The group also trains locals to use the Intel prototype to gather air-quality data. “Normally, you’d hire graduate students,” Beveridge said. “Having community members gather this data is new. … We teach them about science and we teach them a marketable skill — data gathering.”

Despite advances, an affordable phone that measures air quality and displays information in layperson’s terms is still years off, according to Woodruff. Though the research is there, the project needs more advanced development to work out potential kinks. For example, how might the phone constantly measure air quality if tucked into a pocket? And how low-cost a sensor could you use while still gathering accurate information? “At this point, we need to prove that this is something people want,” Woodruff said. “If we prove that, the technology will follow.”