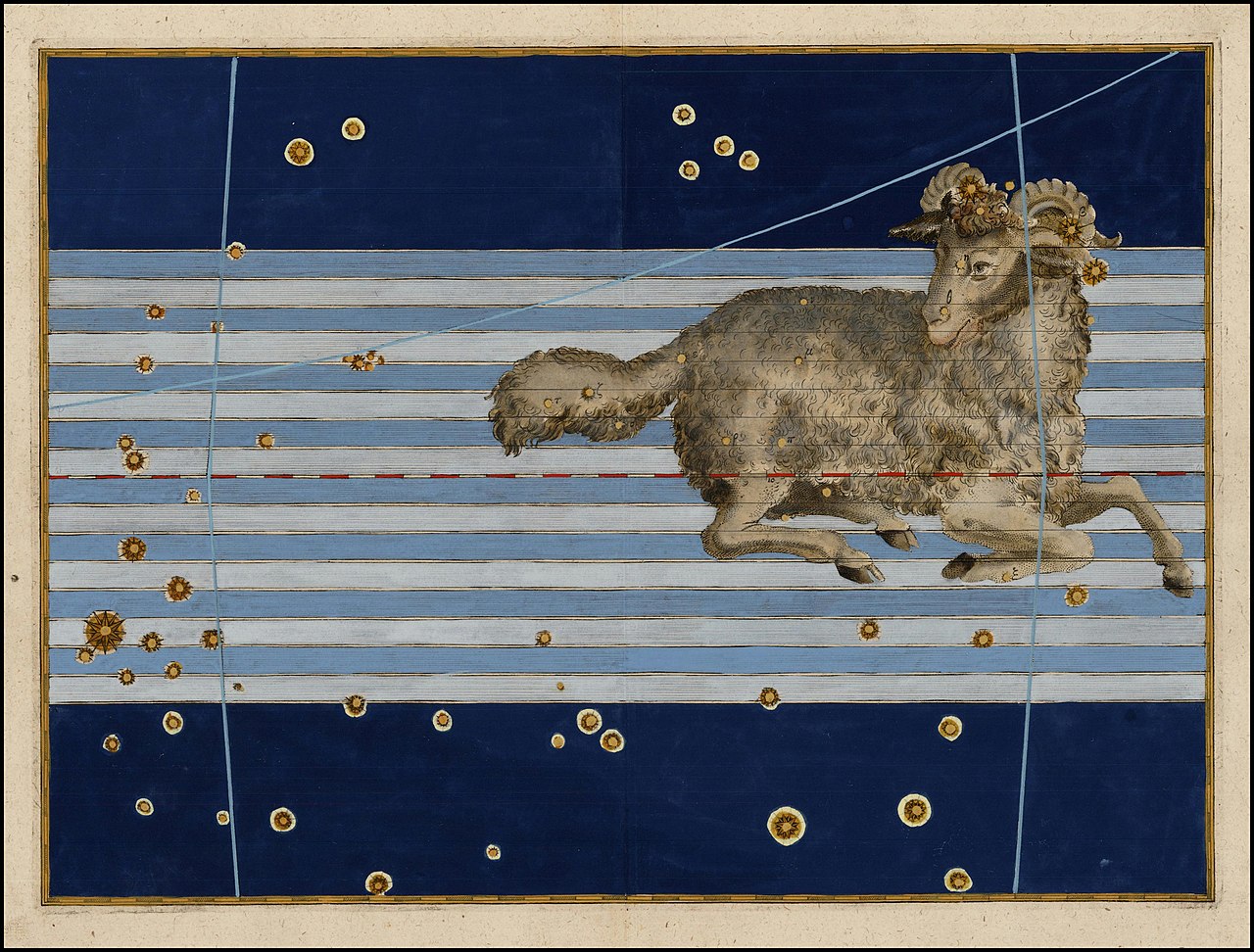 ARIES (March 21-April 19): “Today I feel the whole world is a door,” wrote poet Dennis Silk. In a similar spirit, 13th-century Zen master Wumen Huikai observed, “The whole world is a door of liberation, but people are unwilling to enter it.” Now I’m here to tell you, Aries, that there will be times in the coming weeks when the whole world will feel like a door to you. And if you open it, you’ll be led to potential opportunities for interesting changes that offer you liberation. This is a rare blessing. Please be sufficiently loose and alert and brave to take advantage.

TAURUS (April 20-May 20): Taurus philosopher Ludwig Wittgenstein was called a genius by Nobel Prize–winning author Bertrand Russell. His Philosophical Investigations was once voted the 20th century’s most important philosophy book. Yet one of Wittgenstein’s famous quotes was, “How hard it is to see what is right in front of my eyes!” Luckily for all of us, I suspect that won’t be a problem for you in the coming weeks, Taurus. In fact, I’m guessing you will see a whole range of things that were previously hidden, even though some of them had been right in front of your eyes. Congrats! Everyone whose life you touch will benefit because of this breakthrough.

GEMINI (May 21-June 20): Why don’t rivers flow straight? Well, sometimes they do, but only for a relatively short stretch. According to the US Geological Survey, no river moves in a linear trajectory for a distance of more than 10 times its width. There are numerous reasons why this is so, including the friction caused by banks and the fact that river water streams faster at the center. The place where a river changes direction is called a “meander.” I’d like to borrow this phenomenon to serve as a metaphor for your life in the coming weeks. I suspect your regular flow is due for a course change—a meander. Any intuitive ideas about which way to go? In which direction will the scenery be best?

CANCER (June 21-July 22): Cancerian poet Denis Johnson eventually became a celebrated writer who won numerous prizes, including the prestigious National Book Award. But life was rough when he was in his 20s. Because of his addictions to drugs and alcohol, he neglected his writing. Later, in one of his mature poems, he expressed appreciation to people who supported him earlier on. “You saw me when I was invisible,” he wrote, “you spoke to me when I was deaf, you thanked me when I was a secret.” Are there helpers like that in your own story? Now would be a perfect time to honor them and repay the favors.

LEO (July 23-Aug. 22): What do you believe in, exactly, Leo? The coming weeks will be a fine time to take an inventory of your beliefs—and then divest yourself of any that no longer serve you, no longer excite you and no longer fit your changing understanding of how life works. For extra credit, I invite you to dream up some fun new beliefs that lighten your heart and stimulate your playfulness. For example, you could borrow poet Charles Wright’s approach: “I believe what the thunder and lightning have to say.” Or, you could try my idea: “I believe in wonders and marvels that inspire me to fulfill my most interesting dreams.”

VIRGO (Aug. 23-Sept. 22): Virgo poet Charles Wright testifies, “I write poems to untie myself, to do penance and disappear through the upper right-hand corner of things, to say grace.” What about you, Virgo? What do you do in order to untie yourself and do penance and invoke grace? The coming weeks will be an excellent time for you to use all the tricks at your disposal to accomplish such useful transformations. And if you currently have a low supply of the necessary tricks, make it your healthy obsession to get more.

LIBRA (Sept. 23-Oct. 22): Kublai Khan, ruler of the Mongol Empire and China in the second half of the 13th century, kept a retinue of 5,000 astrologers on retainer. Some were stationed on the roof of his palace, tasked with using sorcery to banish approaching storm clouds. If you asked me to perform a similar assignment, I would not do so. We need storms! They bring refreshing rain, and keep the earth in electrical balance. Lightning from storms creates ozone, a vital part of our atmosphere, and it converts nitrogen in the air into nitrogen in the ground, making the soil more fertile. Metaphorical storms often generate a host of necessary and welcome transformations, as well—as I suspect they will for you during the coming weeks.

SCORPIO (Oct. 23-Nov. 21): “Unexpressed emotions will never die,” declared trailblazing psychologist Sigmund Freud. “They are buried alive and they will come forth, later, in uglier ways.” I agree, which is why I advise you not to bury your emotions—especially now, when they urgently need to be aired. OK? Please don’t allow a scenario in which they will emerge later in ugly ways. Instead, find the courage to express them soon—in the most loving ways possible, hopefully, and with respect for people who may not be entirely receptive to them. Communicate with compassionate clarity.

SAGITTARIUS (Nov. 22-Dec. 21): Sagittarian author Cristin O’Keefe Aptowicz wrote a poem entitled “Not Doing Something Wrong Isn’t the Same as Doing Something Right.” I propose we make that thought one of your guiding themes during the next two weeks. If you choose to accept the assignment, you will make a list of three possible actions that fit the description “not doing something wrong,” and three actions that consist of “doing something right.” Then you will avoid doing the three wrong things named in the first list, and give your generous energy to carrying out the three right things in the second list.

CAPRICORN (Dec. 22-Jan. 19): In the past few weeks, I hope you’ve been treating yourself like a royal child. I hope you’ve been showering yourself with extra special nurturing and therapeutic treatments. I hope you’ve been telling yourself out loud how soulful and intelligent and resilient you are, and I hope you’ve delighted yourself by engaging with a series of educational inspirations. If for some inexplicable reason you have not been attending to these important matters with luxurious intensity, please make up for lost time in the coming days. Your success during the rest of 2021 depends on your devout devotion to self-care right now.

AQUARIUS (Jan. 20-Feb. 18): Sometimes when a disheartening kind of darkness encroaches, we’re right to be afraid. In fact, it’s often wise to be afraid, because doing so may motivate us to ward off or transmute the darkness. But on other occasions, the disheartening darkness that seems to be encroaching isn’t real, or else is actually less threatening than we imagine. Novelist John Steinbeck described the latter when he wrote, “I know beyond all doubt that the dark things crowding in on me either did not exist or were not dangerous to me, and still I was afraid.” My suspicion is that this is the nature of the darkness you’re currently worried about. Can you therefore find a way to banish or at least diminish your fear?

PISCES (Feb. 19-March 20): “Some people, if they didn’t make it hard for themselves, might fall asleep,” wrote novelist Saul Bellow. In other words, some of us act as if it’s entertaining, even exciting, to attract difficulties and cause problems for ourselves. If that describes you even a tiny bit, Pisces, I urge you to tone down that bad habit in the coming weeks—maybe even see if you can at least partially eliminate it. The cosmic rhythms will be on your side whenever you take measures to drown out the little voices in your head that try to undermine and sabotage you. At least for now, say “NO!” to making it hard for yourself. Say “YES!” to making it graceful for yourself.

Homework. Tell me about your most interesting problem—the one that teaches you the most. FreeWillAstrology.com