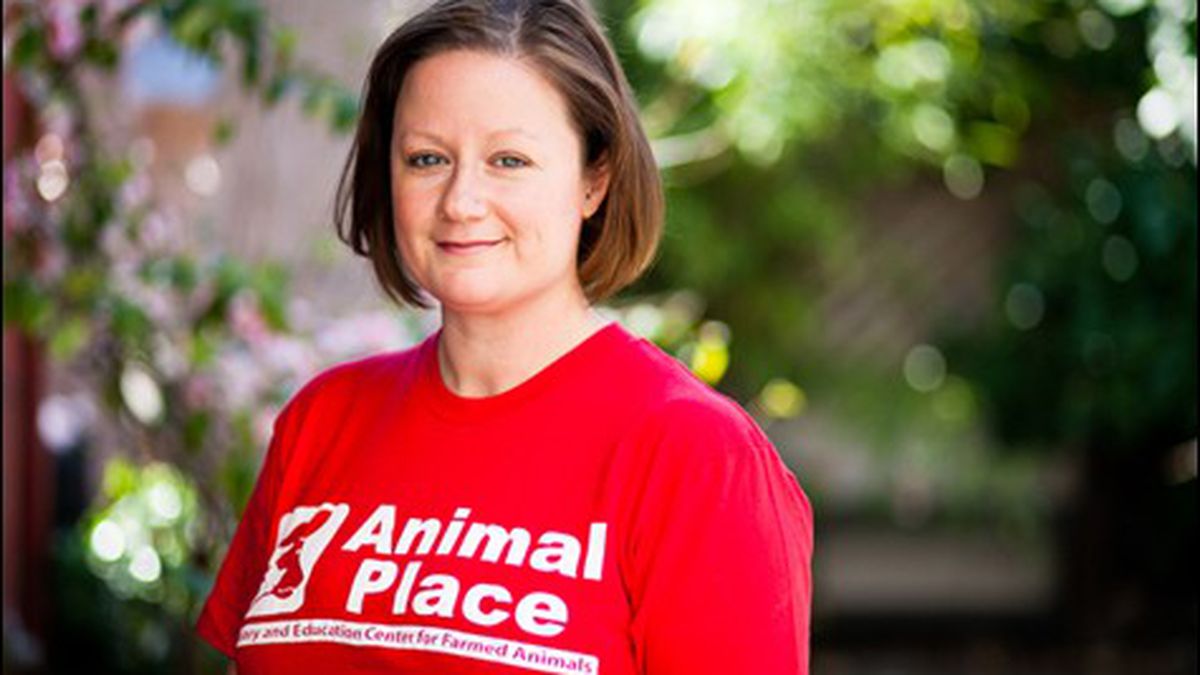 But activists, including many from the East Bay, weren't able to save 45,000 hens at an abandoned cage farm.

When East Bay activists learned that 50,000 chickens were on the verge of dying at an abandoned factory farm in Turlock, they rushed to Stanislaus County. The rescue effort got underway in full force on February 23 after a citizen phone call to the Stanislaus Animal Services Agency had led officials to the site of A&L Poultry, where approximately 50,000 egg-laying hens had gone without food or proper care for about two weeks. Roughly one-third of the chickens were dead by the time help arrived, while the rest were on the verge of perishing.

“If that anonymous tip hadn’t come in, all of them would have been dead,” said Dana Portnoy, an Oakland resident who has been volunteering for six years with Animal Place, a farm animal sanctuary in Grass Valley that helped coordinate the chicken rescue.

Officials with the Stanislaus Animal Services Agency first arrived on February 21, and though the birds were plainly distressed and starving, legal issues blocked volunteers and officials from extracting the hens immediately. “Some of the rescuers made a stink about how we were letting the chickens starve,” said Annette Patton, executive director of the agency. “But there’s no way you can just drive up to a farm and start stealing chickens. The birds were someone’s property.” But Patton was also distraught by the scene and said, “It’s unspeakable to the volume of deceased animals we found.”

Portnoy said it wasn’t until February 23 that officials began passing injured and starving birds out of the defunct farm to waiting volunteers. Only state and county officials were allowed inside the building, where the hens had been living in “battery cages,” the cramped quarters frequently cited by critics as one of the cruelest common features of factory farming.

The farm’s owner, Andy Keung Cheung, had abandoned his animals because he could no longer afford to feed them. Keung Cheung’s attorney, Martha Carlton-Magaña, said in a statement that “an attempt to arrange for delivery of the chickens to a third party in order to avoid the usual business practice of euthanizing the chickens resulted in an unacceptable situation A&L Poultry did not intend, and profoundly regrets.” Carlton-Magaña said in an interview that the third party failed to meet an agreement and remove the chickens from the farm.

When officials entered the farm, 17,000 hens were already dead in their cages, and nearly all the rest were emaciated and close to death. A number of hens had managed to escape their cages, but then drowned in a manure catchment basin, according to Christine Morrissey, sanctuary manager of the Stockton-based rescue center Harvest Home Animal Sanctuary, where about two-dozen birds were brought for recovery.

The majority of the 4,600 rescued chickens are currently housed at a shelter in Vacaville operated by Animal Place and will eventually be put up for adoption. The effort is being hailed as the single largest mass rescue of farm animals in state history.

But nearly 30,000 chickens were euthanized, bringing the death toll to about 45,000 hens, and local activists have been collecting signatures in support of a bid to urge Stanislaus County District Attorney Birgit Fladager to prosecute Keung Cheung. As of late last week, the district attorney’s office said it could not comment on the case, because it was waiting for reports and information from the Stanislaus Animal Services Agency.

Patton said she hopes the district attorney will take action. “It’s our allegation that [Keung Cheung] broke the law,” she said. Specifically, he may have violated California Penal Code 597, which states that “every person who maliciously and intentionally maims, mutilates, tortures or wounds a living animal or maliciously and intentionally kills an animal, is guilty of an offence punishable by imprisonment.”

But some are concerned that Keung Cheung may only get a slap on the wrist. “Unfortunately, the law isn’t as clear when it comes to farm animals as it is with dogs and cats and other pets,” said Anne Martin, an Oakland resident and a lead volunteer with Harvest Home. “If he can say that what he did was standard farm practice, then he may be off the hook.”

Shani Campbell, president of the Oakland-based group United for Animals, said the starvation of the birds could have been easily avoided. “All [Keung Cheung] had to do was make a phone call to the Animal Services Agency or the Sheriff’s Department, rather than just leave them to starve,” she said. “Or, Harvest Home or Animal Place certainly would have stepped in.”

The conditions uncovered by local activists at A&L Poultry bring to the spotlight the ethical issues surrounding factory farming of eggs and other animal products. Kim Sturla, the executive director of Animal Place, noted that factory farming practices tend to be well concealed from the public, making cases like the A&L Poultry rescue not only shocking, but also educationally valuable.

“For us, cases like these serve as a platform to educate the public about egg farming,” Sturla said. Standard practice in the chicken egg industry is to clip off the beaks of newly hatched females, while the males are killed and disposed of. “The birds are then crammed into cages, and they’re shitting on top of each other,” Sturla noted. “The odor is unimaginable, and the only substrate they stand on is wire. Their lives are horrific from the moment they hatch from the egg. It’s beyond cruelty.”

Even farms billed as “free-range” tend to produce comparable suffering in similar conditions, according to critics. Many people now tout “pasture-raised eggs” as the highest standard in commercial egg production.

The 50,000 hens that inhabited A&L Poultry were just a slight fraction of the national population of egg-laying hens. According to the US Department of Agriculture, 281 million egg-laying hens were living on farms nationwide in 2010, and many millions more chickens are raised and killed for meat every day. In California, 19 million hens produce 5 billion eggs annually for human consumption. Iowa ranked first nationwide in 2010 with 51 million egg-laying hens. The vast majority live in overcrowded battery cages.

But Proposition 2, passed by voters in 2008, will take effect in 2015 and impose requirements that farmers provide relatively spacious conditions for their hens — enough room, anyway, for them to stretch, stand up, and turn around. In spite of such improvements, millions of chickens will remain the engine of a massive egg industry. Campbell with United for Animals is a vegan, as are many who assisted in the hen rescue. She believes that only a transition away from egg consumption can alleviate the suffering inherent to egg farming. “Even vegetarians who eat eggs are contributing to animal death,” she said, noting that male chicks at egg “hatcheries” are killed immediately after birth.

Anyone who applies to adopt any of the rescued birds will be carefully screened, Sturla said, to avoid placing the chickens back into the hands of commercial interests. “We don’t mind if people eat the eggs,” she said. “We just don’t want them adopting the chickens for that purpose. We want them to be pets.”

Correction: The original version of this story misstated the job title of Christine Morrissey of Harvest Home Animal Sanctuary.