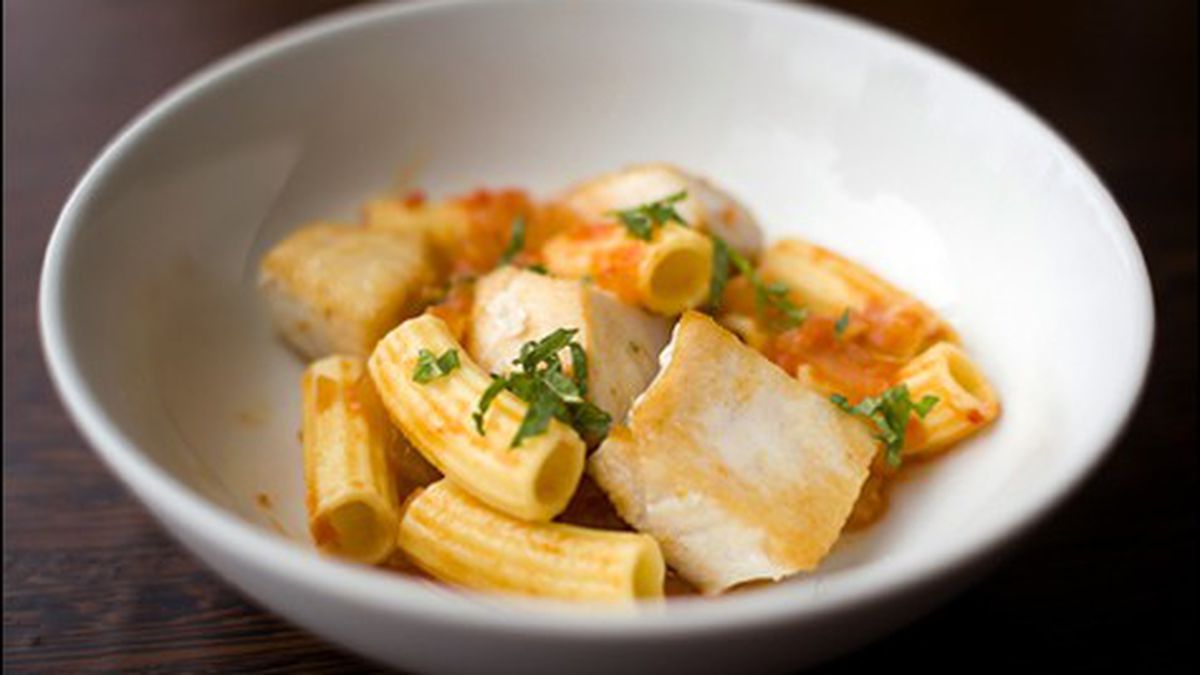 The new Rockridge restaurant does fine Italian on a budget.

With the second decade of the 21st century well underway, we have to face an unpalatable fact: The third millennium isn’t getting any better. Sure, there have been a few high points — Obama’s election, the Giants winning the Series, the unprecedented availability of single-barrel bourbon — but for the most part the whole bloody century has been one damned thing after another. Happily, one topic of concern, the chronically tanking economy, has done wonders for cost-conscious diners by inspiring a new breed of dining option: the foodie-friendly yet affordable food cart/takeaway counter and its upscale counterparts, the restaurant with the down-sized (cheaper) menu and the eatery that downsizes itself from the get-go.

The latest beneficiary is Enoteca Molinari, which opened next door to À Côté in Oakland’s Rockridge neighborhood in mid-December. First-time restaurateur Joe Madison and members of his extended family spent a year or so converting a onetime consignment store into a friendly little 25-seat hangout where locals can sip and chat and snack the evening away, just like at some friendly candlelit joint up a cobbled Venetian alley. Chef Steve Jaramillo of Lalime‘s heads up the kitchen, preparing light yet complex Italian delicacies from local seasonal ingredients.

The inside decor is spare, simple, and elegant — white walls punctuated with bouquets of bay leaves, hardwood floors, blond wood benches, and butcher block tables. Just beyond the big storefront windows is an inviting eight-seat marble wine bar, and beyond that an open kitchen where the kitchen staff assembles platters of formaggi and salumi, snacks, small plates, and steaming pasta.

Begin the evening with a glass of prosecco and a stack of panissa fritta, aka chickpea fries. Resembling steak fries only in appearance, they were crunchy on the outside with a dense, warm, creamy interior only barely suggestive of hummus but tasty all the same. You can also opt for three different varieties of crostini, the hearty Italian version of canapés. Our favorite was shmeared with a rich, spicy nduja (a sort of speadable salami) crafted by the artisan salumerians at Boccalone, but it’s hard to beat a toasted baguette round topped with pungent gorgonzola, crunchy walnuts, and a slice of sweet, creamy pear. And the pate di fegato (duck liver pate) was rustic, earthy, and elegant all at once. Three other salumi — Italian speck, prosciutto from Iowa, and a local salame nostrano — are available as well and would pair nicely with the menu’s three Italian cheeses (pecorino from Sardinia, gorgonzola, from Lombardy, and brunet from the Piedmont).

A few more substantial small-plate options are on offer. Ribollita, the classic Tuscan white bean soup, is the perfect antidote to winter weather, a hearty bowl of meltingly tender beans, lush, vitamin-packed kale, and a rich broth thickened with chunks of country bread. Even tastier: squares of warm, creamy polenta served on a bed of peppery ragú studded with meaty, earthy mushrooms.

Enoteca Molinari’s primary attraction (in addition to its wine bar) is its menu of housemade pastas. Four are available nightly: three ongoing favorites plus a daily special creation. The fricelli was doused with an unexciting walnut and ricotta pesto, but the tagliatelle featured a ragú of spicy ground beef and pork that had been cooking for four hours and was a fine example of Italian comfort food. Best of all, though, was the rigatoni — tubes of al dente pasta dressed with mint, saffron, and tomato and served with thick chunks of moist, meaty swordfish that tasted like it had been pulled from the ocean half an hour earlier.

The dessert menu features just two options. The wine-poached pear sorbetto had an odd strident flavor and a refreshing meal-closing texture, as well as a couple of anise-laced cantucci, a lighter, crunchier version of biscotti. No quibbles about the panna cotta: Light and feathery in texture, it was served with bracing bits of orange and grapefruit dusted with cinnamon, a tasty and unexpected touch.

Tippling vegetarians will find plenty to enjoy at Enoteca Molinari. To snack on there are house-marinated olives as well as the chickpea fries and the pear-walnut-gorgonzola crostini. Three cheeses are available daily, served with housemade crackers, seasonal fruit, and nuts. All three small plates — the bean soup, the polenta cakes, and a salad of fennel, oranges, and olives — are meat-free. And one of the pastas (the fricelli with walnuts and ricotta) is veggie-friendly, too.

The impressive 56-item wine list is made up entirely of Italian vintages priced as reasonably as the food, usually no more than double retail (the Rockridge status quo is closer to triple). Although some of the selections are on the obscure side, most are traditional and classically Italian: complex vini that range from light-bodied to earthy without overwhelming the palate. There’s a nice array of bubbly spumanti, ten in all, as well as a terrific assortment of whites (check out the 2009 Cos Rami from Sicily) and some yummy barberas, dolcettos, and nebbiolos. Most bottles are in the $25-$50 range; 23 are available by the glass. (There’s also a handful of German beers in light, medium, and dark.)

After your rigatoni and bardolino and cantucci and moscato, it’s nice to wander the neighborhood and daydream about that freighter heading out through the Golden Gate for the Canal and Gibraltar and wine and pasta in Palermo and Sorrento and Ischia and Venezia. As fantasy substitutes go, Enoteca Molinari is yummy and evocative and, even nowadays, absolutely affordable.