.An Exhibit to Dye For 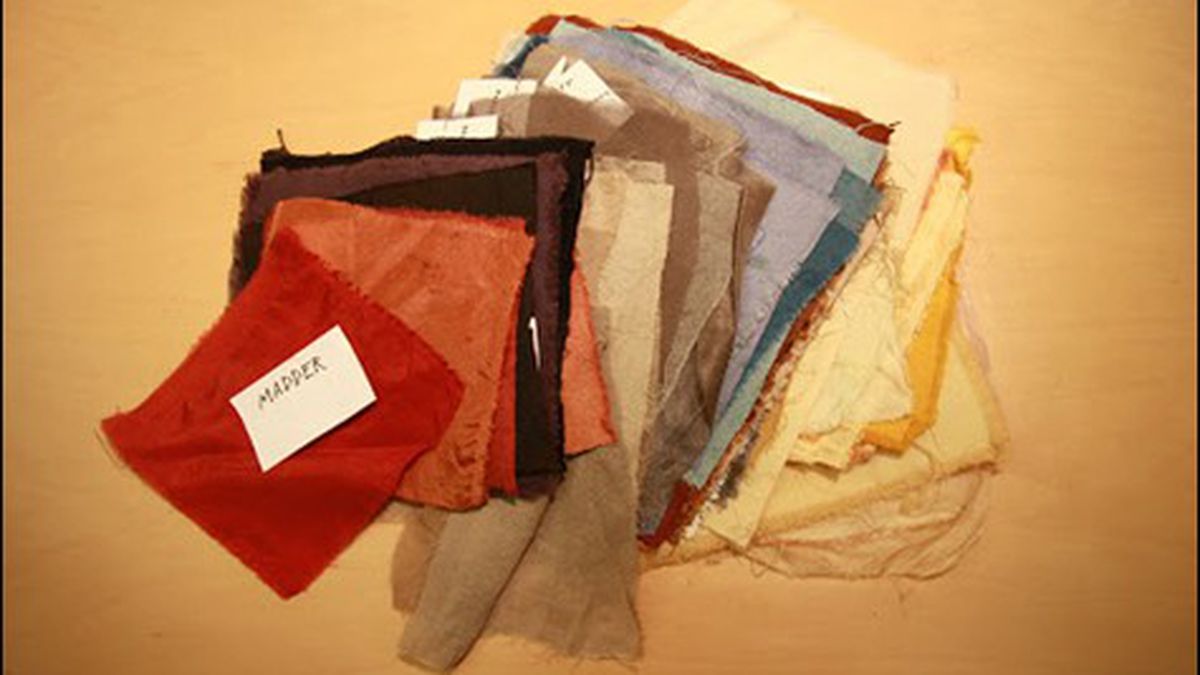 Among a certain subset, natural dyeing is firmly en vogue, added to the slew of DIY activities — homebrewing, rain harvesting, beekeeping, chicken-raising — that hark back to an older — some would say better and more sustainable — way of doing things. “Knowledge of sustainable dye techniques seems to be blowing around like so much pollen,” said a New York Times article last April, dating the trend’s origins to at least two years prior. But for the natural dyeing “dye-hards” at the UC Botanical Garden, the science and art of plant-based dyes is hardly anything new.

Now in its seventh year, the UC Botanical Garden Fiber & Dye exhibit will showcase the staggering biodiversity of plant-based fibers and dyes from Sunday, March 31, through Sunday, April 14. But the exhibit’s roots reach back even further, said UC Botanical Garden program director Deepa Natarajan (who also spearheads a program called “Seeds to Sew” at the Permacouture Institute): It was first developed by garden docents in the 1980s before going dormant for a while and then seeing a resurgence of interest in the DIY movements of the last decade.

In past years the event has consisted primarily of the Fiber & Dye exhibit: a mobile museum of posters and samples of cotton, linen, bamboo, hemp, soya, and abaca plant fibers, and plant dyes made of daffodils and eucalyptus. But this year’s celebration will be bigger.

Each of the three weekends will offer some sort of hands-on or participatory experience: on March 31, an introduction to plant dyes; on April 5, a Q&A with textile artists and book authors; on April 6, a plant-dye chemistry lesson; on April 13, a garden tour of traditional dyes used around the world; and on April 14, a plant-dyed wool felting session. The events will feature a UC Berkeley chemistry professor, textile activists, and even an exhibit produced by textile-art students from the California College of the Arts, bringing a variety of perspectives to the table as a reflection of the diverse community formed around the plants. “We wanted to make it more of a festival per se, celebrating this stuff, rather than just a static and distant exhibit,” Natarajan said.

And having the programs at the Botanical Garden is part of the magic, connecting the dots between the plants and their practical uses. “It makes the process of natural dyeing something bigger than just an afternoon craft project,” she said. “I have this fear that it’s going to become the fad that it was in the Seventies when everyone was tie-dyeing their shirts with onion skins. But that’s why I think it’s important to have this ongoing celebration, so natural dyeing doesn’t have the reputation of being fleeting or fugitive.” The exhibit is free with garden admission; check website for workshop prices. 510-643-2755 or BotanicalGarden.Berkeley.edu