.How to Buy a Bike When You Don’t Know Jack About Bikes

One reporter's frustrating ordeal in the bike-obsessed culture of the East Bay. 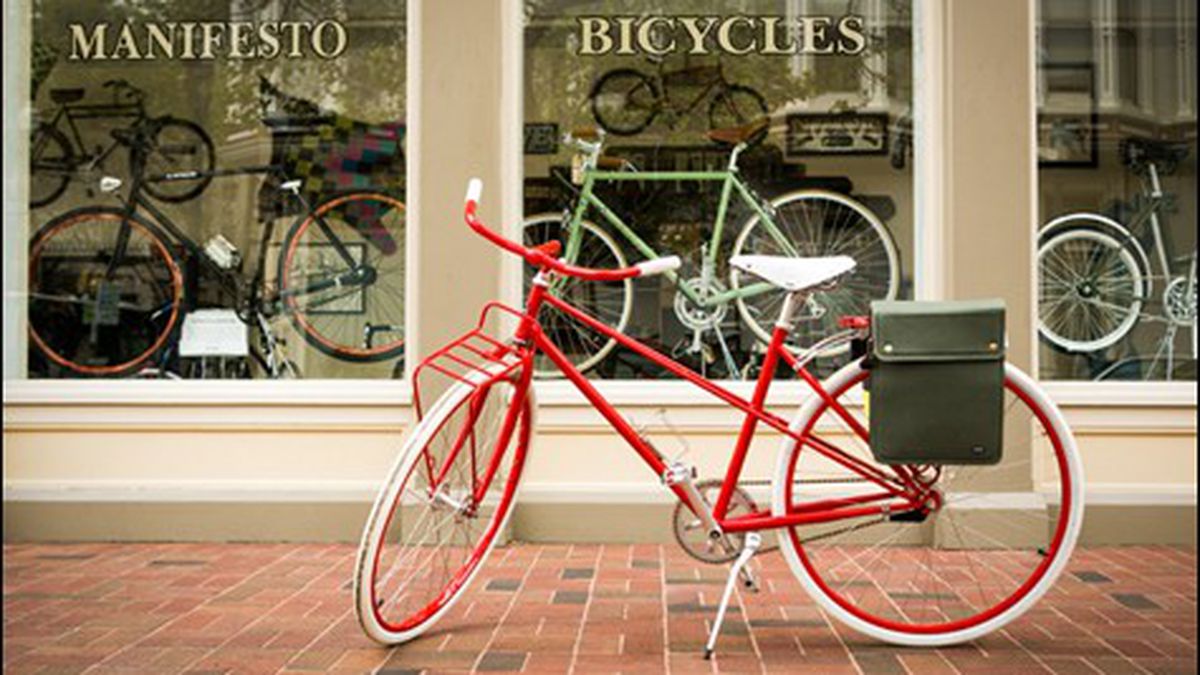 I don’t know anything about bikes. I live in Oakland, I wear skinny jeans, I play in a rock band, I work at an alt-weekly for chrissakes, and I do not own a bike. I realize that this makes me something of a total freak. But I wasn’t always this way. As a scrawny tomboy growing up in Berkeley, I rode my bike more than the average kid. Just as soon as my brother shoved me down the street without training wheels and I didn’t fall on my face, I was riding to school, to the corner store, to my friend’s house, and even clear across town when she moved. But as I got older, my interest faded. I outgrew my bike. My high school was too far away. When I got to college, I realized that I wasn’t as confident on a bike anymore. Cars were suddenly very aggressive. I read news stories about cyclists who’d gotten hit and become paralyzed for life. In short, I became a nervous adult. But throughout the years I’ve always pined to get back on two wheels. I’ve come to increasingly hate my car (and the cost of gas). I long for the days when the wind whipped through my hair and I’d work up a sweat on my own two legs. With all those bike shops popping up around town, and all those cyclists taking back the streets, I thought, surely, I could become a bicyclist again. I had tried here and there, but I’d never found a bike I felt truly comfortable on — and, I’ll be honest, one that fit my aesthetic sensibility. So when I saw Manifesto’s pop-up shop on Broadway a few months ago, I thought, here’s my chance to get in shape, save money, help the environment, and become part of the bike-loving community. Here was my chance to enter biking nirvana!

How hard could it be?

Manifesto is basically ground zero for Oakland’s bike community. Its bikes are stylish and its workers are hip, so I figured I couldn’t go wrong. Stepping inside its spacious, hardwood-floored pop-up shop, I was greeted by a tattooed and pierced young man who seemed to embody the very spirit of Oakland’s prototypical fixie enthusiast. I had arrived! The question: What was I looking for? Well, I wasn’t entirely sure. But I pointed to an eye-popping red, vintage-style custom bike in the window. We looked at it. It was pretty. And expensive. I realized that I was a bit of an annoying customer: unsure of what I wanted but knew I wanted something (and that something being probably more stylish than functional). Because it was getting dark, he suggested I go to Manifesto’s main shop on 40th Street and try out a few bikes during the daytime. It sounded promising.

I went on a Saturday, with plenty of daylight left to burn. I’d come to the conclusion that I wanted one of those French-ish vintage-inspired bikes with curved handlebars that make you sit more upright, one that wasn’t too heavy and had more than one gear and preferably fenders. My eye was drawn to the Linus models, which are not cheap ($650). I rationalized that it would be worth it if I rode my bike to work every day instead of drove. Unfortunately, the Linus models have been so popular that they were out of the right size and the style I wanted — the Dutchi, which has high handlebars so you sit very upright and a curved frame so you can get on and off in your dress without flashing everyone (big plus). The kind salespeople encouraged me to take some other bikes for a test-ride, just in case, so I tried a similar model by Nirve (which has a similarly hefty price tag), while my friend tried a bike made by Public. We left our IDs with them and took a spin around the block, which turned into a thirty-minute ride to our favorite bakery to get chocolate-chip cookies. While riding down Webster Street in our expensive bikes with shiny paintjobs and fancy leather accessories, price tags flapping in the wind, something bizarre happened: Random strangers on bikes gave us approving nods and friendly hellos. “Nice commuter!” one woman called out, remarking on the waxed canvas bag attached to my friend’s bike. “Thanks!” my friend replied.

Suddenly, just by getting on bikes, it was as if we had gained entry to a rarefied world of super-friendly people with ultra-clear consciences. “We’re, like, part of the bike community now,” my friend remarked. Indeed. Fifteen minutes ago we were just boring pedestrians, ignored like everyone else. Now, we were special.

We came back with cookies to share to a much-relieved staff and I decided to hold out for the Linus. So what if I hadn’t actually test-rode it — I was sure it would be fine. In a few weeks, I would be entering biking bliss!

In the meantime, my more-informed boyfriend learned of my plan and expressed utter horror. Nearly $700 for a bike?!? Was I crazy??!? Didn’t I know I could just simply browse Craigslist and find a vintage one with a decent frame and swap out handlebars and seats and then — presto — have a better-made bike for a fraction of the price?

Yeah, fuck that. I’m a girl. And a busy one. Weeks later I finally got the call that my Linus had arrived, and I couldn’t get over there fast enough. Wooee!

On a Sunday afternoon, the tiny shop was packed: people coming to get their tires fixed, to drop off their bikes, to pick ones up. Their dogs barked at each other out front. I felt self-conscious that I wasn’t a true bicyclist and that everyone could tell (I had just rolled up in a Honda), but, hey, I was trying. I gave the kind salespeople my ID and took out the Dutchi for a spin. It was upright all right. Very upright. It was also making weird clicking sounds. I wasn’t sure if that was okay or not. I was thinking about that $650. My boyfriend inspected the frame. “It’s not even well-made!,” he complained. He suggested more shopping. I agreed.

It was the beginning of my downfall.

The next week my boyfriend emailed me links to several bikes for sale on Craigslist. They were in varying conditions, in disparate locations all over the Bay Area. I emailed a guy in Santa Clara selling a vintage Univega for $350, but he never got back to me, which was just as well because that was too far to drive to look at a bike that I probably wouldn’t like. I asked a biking co-worker for advice. He suggested I check out a couple local shops that refurbish vintage bicycles.

That weekend I decided to check out two: The Spoke Cyclery on Telegraph and Recycle Bicycle on Sacramento. This time I took along my boyfriend and his friend, who also knows something about bikes. When we entered The Spoke Cyclery, we were greeted by an employee who looked more tribal than fixie. Could he help? I told him my vague specifications and pointed to a vintage bike on display that was missing pedals. He said it was in the process of being refurbished but that it was going to take a very long time to get it in working shape. In fact, he couldn’t promise that it’d ever be completed. Instead, he directed my attention to a couple of other bikes that had just come in that were going to be rehabbed. They looked like they had just been pulled out of the bay. Another alternative: He suggested they could build a custom bike for me at the price point I wanted. He took me to the shop area in back and showed me one they were working on. It looked pretty nice. Could he build the same one for me? Well, no, actually, because it turned out that was the only one of that kind of frame they had. He flipped open a giant catalog of new bikes with similar vintage-y aesthetics and told me to do some research online. Strike two.

Recycle Bicycle (which has recently closed) was full of a hodgepodge of used bikes — kids’ bikes, mountain bikes, road bikes — lined up against the walls and hanging from the ceiling. I stepped around them, trying hard to distinguish one from the other. That one looked too big. That one looked too expensive. What about that one? Meanwhile, not one employee said one word to any of us but instead glared, as if we were in the way. It was futile. Strike three.

Since my quest for a bike, I have become obsessed with bikes. I peruse Craigslist. I check out bikes on the street, locked-up bikes, bikes behind glass, antique bikes at flea markets. I look up people’s recommendations. I’ve mapped out the best path from home to work, should I ever finally get one. But I’m still plagued by uncertainties: Should I just get any bike? Or should I invest in a fancier bike that I’ll actually want to ride (but that may just get stolen)? In the meantime, I’m riding no bike at all. I’m still convinced my perfect bike is out there, waiting for me to find it. Until then, however, I remain a gas-guzzling outcast.&#8;