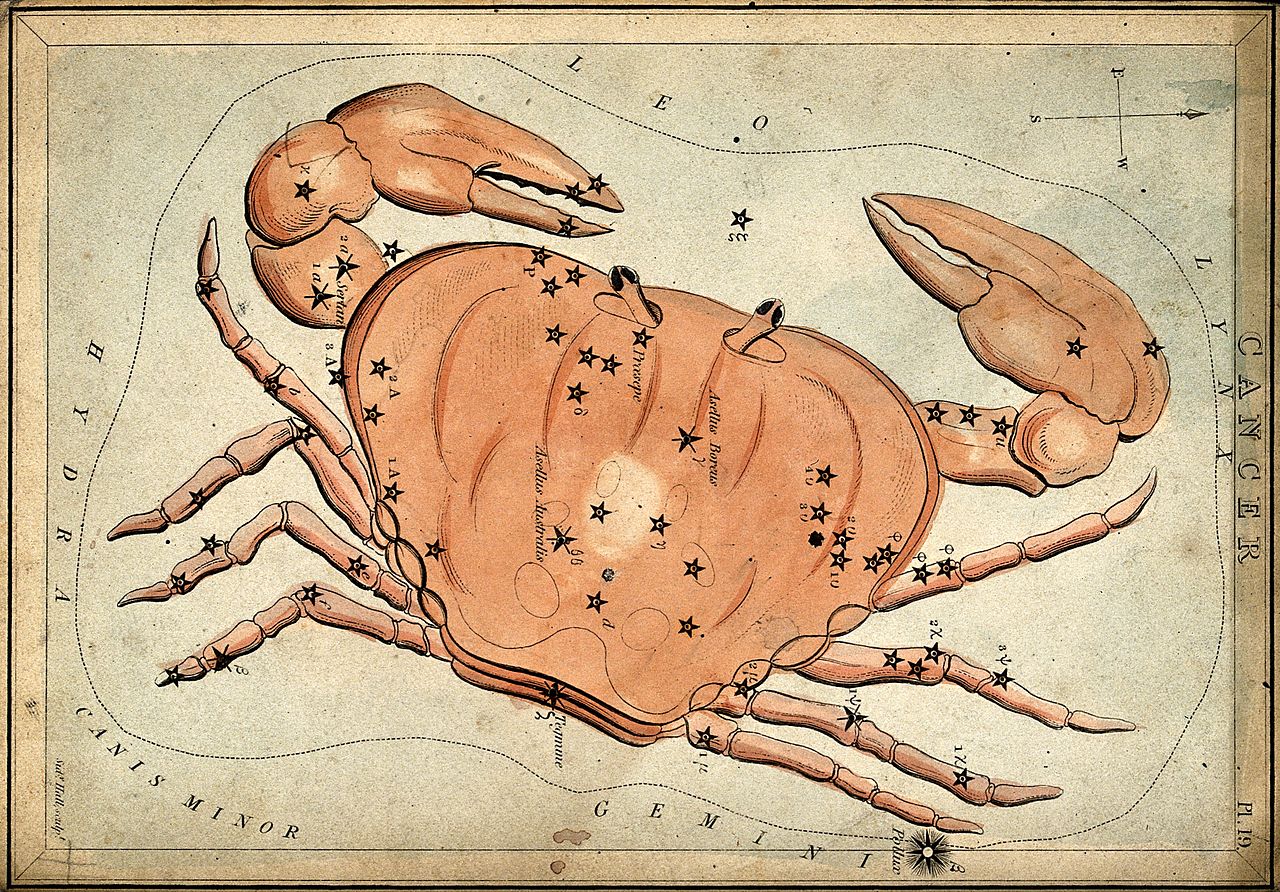 Free Will Astrology: Week of July 21

ARIES (March 21-April 19): Author Valerie Andrews reminds us that as children, we all had the “magical capacity to see the land as an animal does; to experience the sky from the perspective of a flower or a bee; to feel the earth quiver and breathe beneath us; to know a hundred different smells of mud and listen unselfconsciously to the soughing of the trees.” Oh, how I would love you to be able to recover even a fraction of those talents in the coming days. My reading of the current astrological potentials tells me that your chances of doing so are much better than usual. Your ability to connect with the eternal child and wise animal within you is at a peak.

TAURUS (April 20-May 20): Taurus singer Barbara Streisand has a shopping mall built below her large home. Its purpose isn’t to sell consumer goods to strangers, but rather to stash her precious belongings and show them off when friends come over. Among the storefronts are an antique store, a doll shop, a costume shop and a candy store. The coming weeks would be an excellent time for you to start building a shopping mall beneath your home, too, Taurus. If that’s too expensive or complicated, here are alternatives: 1. Revitalize your appreciation for your treasured possessions. 2. Acquire a new treasured possession or two that will inspire you to love your life even more than you already do. 3. Reacquaint yourself with the spiritual powers that your treasured possessions arouse in you.

GEMINI (May 21-June 20): The Dalai Lama says there are core similarities between science and Buddhism. Both keep searching for ever-more complete versions of the truth. Both employ firsthand observation and experimentation to do that noble work. If they find new information that contradicts previously held versions of the truth, both are willing to discard them. Now that you Geminis are entering the Deep Questioning Phase of your astrological cycle, I’d love you to make generous use of the Buddhist/Scientific approach. More complete versions of the truth will be available in abundance in the coming weeks—if you’re alert for them.

CANCER (June 21-July 22): Cancerian artist A⁠rtemisia Gentileschi (1593–1656) achieved the impossible: She became a supremely skilled and renowned painter in an era when women had virtually no opportunities to become artists. Many aspects of her work distinguished her from other painters. For example, she depicted women as having strong, agile hands and arms. In Artemisia’s world, the power of women’s wrists, forearms and fingers signifies their ability to put their mark upon the world, to accomplish strenuous practical tasks with grace and flair. If I were going to paint images of you in the coming weeks, I would also portray you as having strong, agile hands and arms. I suspect you’ll have potent agency to get things done—to adeptly manipulate the material world to serve your ideals. (Thoughts about Artemisia’s hands come from art historian Mary D. Garrard.)

LEO (July 23-Aug. 22): “Once upon a time”: That’s your phrase of power these days. What do I mean by that? I’m suggesting that you will strengthen your problem-solving abilities by engaging in playful pretending for the sheer fun of it. I’m predicting that you will boost your confidence by dreaming up amusing magical stories in which you endure heroic tests and achieve epic feats. And I’m proposing that you will fine-tune your ability to accomplish practical feats if you regard your robust imagination as crucial to your success.

VIRGO (Aug. 23-Sept. 22): Virgo singer-songwriter Fiona Apple says she’s not religious. On the other hand, she regularly kneels on the ground and announces to whatever great power might be listening, “Thank you for my problems, and I send my love everywhere.” She’s sincere. She regards her sadness and her challenges as being equally important to her happiness and success. The difficulties teach her what she didn’t even realize she needed to know, and make her appreciate the good times more intensely. I suggest you borrow from her approach right now.

LIBRA (Sept. 23-Oct. 22): Nobel Prize-winning author Albert Camus wrote, “Great feelings bring with them their own universe”—which he said may either be degraded or splendid, selfish or generous. I love that he allowed for the possibility that great feelings could be positive and noble. So many renowned thinkers focus on negative and ignoble states of mind. In accordance with current astrological potentials, Libra, your task is to cultivate feelings that are splendid and generous. These sentiments should exalt you, uplift you and empower you to spread transformative benevolence to those whose lives you touch.

SCORPIO (Oct. 23-Nov. 21): “How can you hold on to something that won’t hold still?” asked Scorpio poet Benjamin Fondane. In general, you Scorpios have more talent than every other sign of the zodiac at doing just that: corralling wiggly, slippery things and making them work for you. And I expect this skill will be especially in play for you during the coming weeks. Your grasp on the elusive assets won’t ever be perfect, but it will be sufficiently effective to accomplish small wonders.

SAGITTARIUS (Nov. 22-Dec. 21): Sagittarian Calvin Trillin is a witty writer with a good imagination and a flair for inventive language. But back in school, he confesses, “Math was always my bad subject. I couldn’t convince my teachers that many of my answers were meant ironically.” You Sagittarians are authorized by the cosmic powers-that-be to borrow your style and attitude from Trillin in the coming weeks. So you shouldn’t be fixated on mathematical precision and fastidious logic; your task is not to be conceptually impeccable and scrupulously sensible. Rather, you have a license to be extra lyrical and lush and rhapsodic and humorous and irrepressible.

CAPRICORN (Dec. 22-Jan. 19): In 2011, an eBay seller produced a 19th-century photo that he said proved Capricorn actor Nicholas Cage is a time-traveling vampire. Although the character in the image did indeed resemble the Oscar-winning star, Cage rejected the theory and emphatically declared that he is not a time-traveling vampire. Maybe that all sounds absurd, but I must tell you that you may soon have to deal with people’s equally inaccurate and off-kilter theories about you. My advice: Don’t take it personally. Simply correct others’ misimpressions, and rely solely on yourself for definitive ideas about who you are.

AQUARIUS (Jan. 20-Feb. 18): I’ve assembled excerpts of love poems for your inspiration. Why? Because you’re entering the Intensified Intimacy Phase of your astrological cycle. Consider using the following riffs as inspiration when you interact with loved ones. 1. “I profess the religion of love; it’s the belief, the faith I keep.” 2. “Holding your hand, I can hear your bones singing into mine and feel the moon as it rolls through you.” 3. “Raw light spills from your eyes, utterly naked, awakening an intoxicating shimmer of adventure.” 4. “I ask you please to speak to me forever.” (Poem fragments are from Ibn ‘Arabi, Al-Saddiq Al-Raddi, Herman Hesse, Sara Eliza Johnson, Alejandra Pizarnik.)

PISCES (Feb. 19-March 20): An Australian witch named Michelle Clinton praises the joys of a “moon garden.” It features flowers and plants that reveal their full beauty after dark. Among the flowers that bloom at night are evening primrose, angel’s trumpet and Dutchman’s pipe cactus. As for the flowers whose aromas are most potent after the sun sets: night-blooming jasmine, garden heliotrope and honeysuckle. According to my reading of the astrological omens, you will have resemblances to a moon garden in the near future, Pisces. Be alert for opportunities to glow and grow in the dark. (More: tinyurl.com/LunarGarden)

Homework. Send me an oracle you’d like to receive for the first week of September. [email protected]