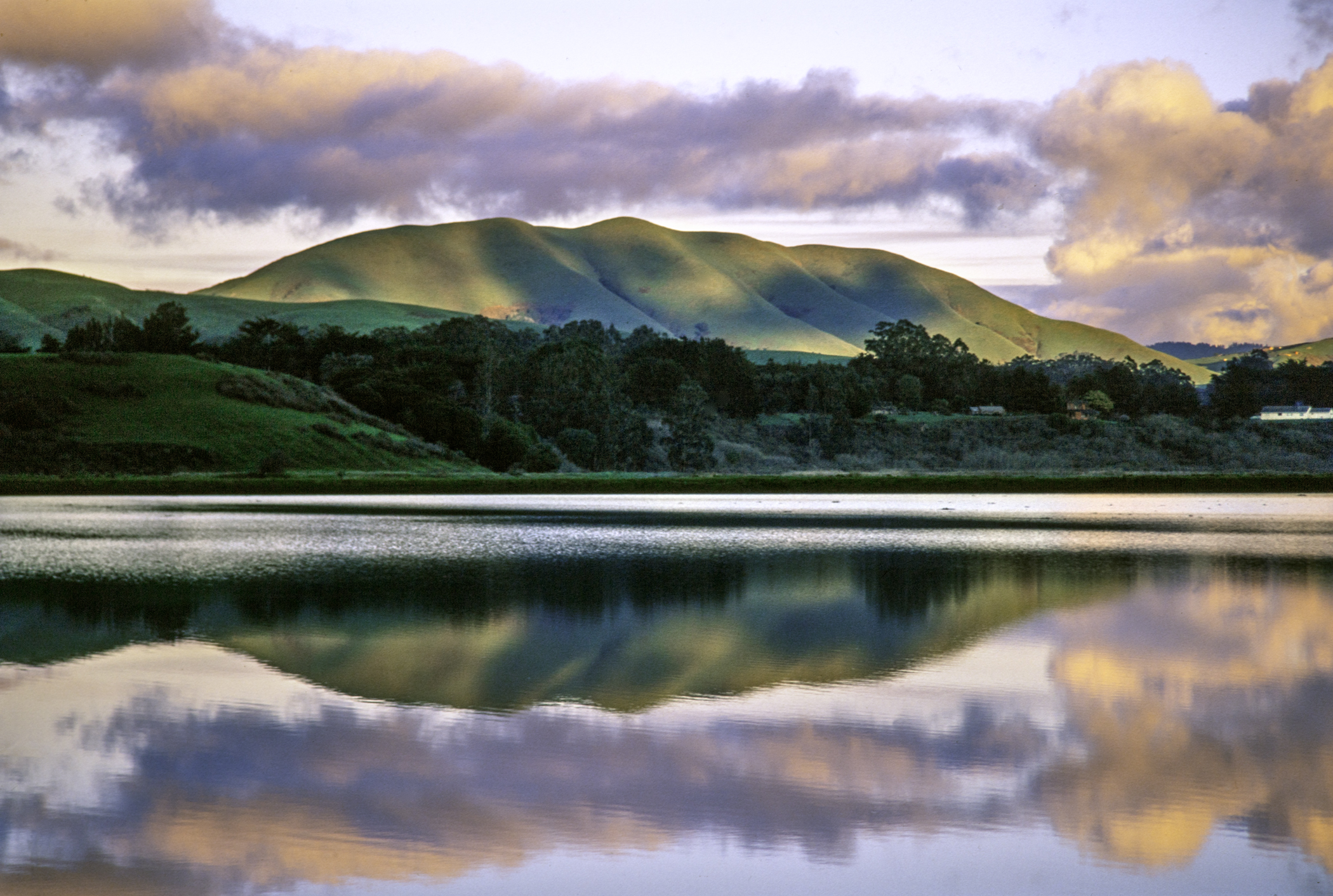 Artists Richard Blair and Kathleen Goodwin, are showing their art at Toby’s Gallery, in downtown Point Reyes, during the entire month of May, 9am – 5pm. every day.
They are known for their coffee table art books, including Visions of Marin, and Point Reyes Visions. They rarely exhibit on walls, as their preferred showplace is the printed page. But Goodwin’s original paintings are large, and Blair photographs with the sharpest professional cameras.
Toby’s Gallery, once a hay barn, gives them a chance to escape the confines of a book, and show work in dramatic large sizes.  Their artwork is a product of decades of concentrated creativity. Now that public health is better, they are able to exhibit again after a long hiatus.
Blair is using his stockpile of arts and crafts frames by Timothy Holton, widely regarded as the Bay Area’s finest frame-maker.  Left over from a show (which bombed) during the 911 attack, they are works of art themselves.
Goodwin is showing her paintings of Marin, especially Point Reyes views. She and Blair both photograph during peak light, often together.
Goodwin uses her images to project on canvas, which is the starting point for her vibrant color compositions. Blair, once park photographer in Yosemite, often prefers graphic black and white landscapes, in the style of Ansel Adams, but he will include color work too.
Opening reception, Saturday May 1, 2 – 4 pm.
Closing party during Memorial Day weekend, May 30, 2 – 4 pm.
The artists also will be dropping by the show frequently to meet viewers.
+ Google Calendar+ iCal Export